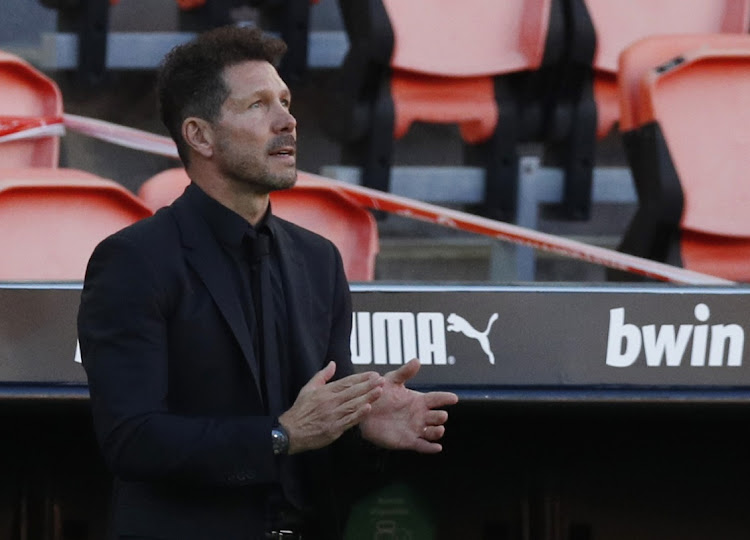 Madrid - Atletico Madrid coach Diego Simeone said they are still going in the right direction even after they were held to a 1-1 draw at home to an understrength Bayern Munich side on Tuesday and made to wait to seal a place in the Champions League knockout stages.

A late Thomas Mueller penalty for the visitors cancelled out Joao Felix's early opener and Atleti now face a showdown at RB Salzburg next week needing to avoid defeat to reach the last 16.

The Austrians, who earlier beat Lokomotiv Moscow 3-1 away, will qualify at Atletico's expense if they win next week's game.

Simeone's side have won just one of their five matches in Group A and this was their third consecutive draw after two stalemates against Lokomotiv.

"I leave here with the sensation the team is still doing the right things even though the Champions League is giving us a right headache," the Argentine coach told a news conference.

"We deserved more from these three draws but we were not clinical enough. We played very well in the first half and got a lovely goal, we nearly got a second one but it didn't arrive and Bayern are a strong team and earned the penalty."

Simeone tried to look on the bright side after his side failed to hold out for a victory.

"This is the way to go, that's clear. We are working hard, the players are in good shape and I liked how calm we were on the ball," he said.

"We are not being clinical in front of goal but we're creating lots of chances, and I can tell our fans that we're going to keep on doing that."

La Liga's only unbeaten side, Atletico Madrid will have their title aspirations put to the test this weekend when they host Barcelona.
Sport
1 year ago
Next Article