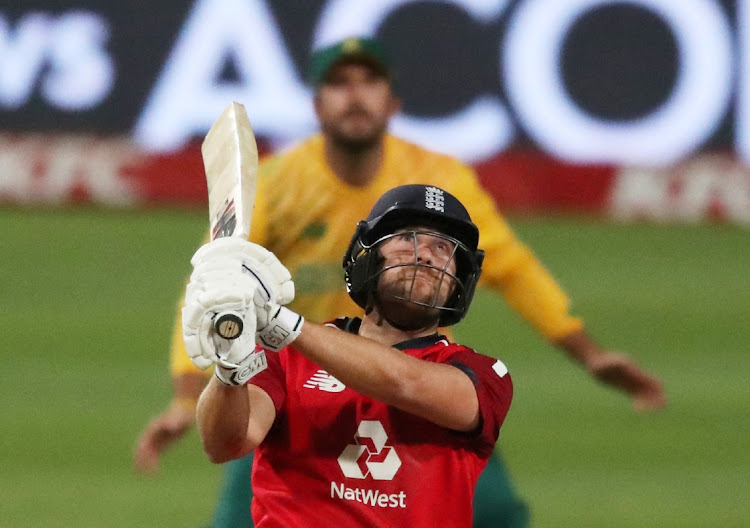 England's Dawid Malan has notched up the highest-ever rating for a batsman in the men's Twenty20 International rankings after topping the scoring charts against South Africa, the International Cricket Council said.

The 33-year-old has reached 915 points, the first player to cross the 900-point mark in the format. Australia's Aaron Finch posted exactly 900 points in July 2018.

Malan's terrific run with the bat saw him top the series aggregate with 173 runs as England completed a 3-0 series sweep against South Africa.

His match-winning unbeaten 99 in the final match on Tuesday helped England leapfrog Australia to take the top spot in the men's T20I team rankings.

Mark Wood insists he's not on a quest to prove a point: 'I just want to play for England'

Just when South Africa thought they’d be getting respite from out-and-out pace with Jofra Archer being rested for the three-match ODI series against ...
Sport
1 year ago

"On difficult pitches he grinds out a score while when you need to up the run rate and you can't be using up deliveries on dot balls in the powerplay he doesn't - he just goes out and smashes it," Hussain told Sky Sports.

"He never overhits. It's classy batting - it is not power, it is just timing. At times he makes it look effortless."

Malan holds a 44-point advantage in the rankings over Pakistan's Babar Azam, whom he overtook in September.

Malan scored an unbeaten 99 as England impressively chased down an imposing target to beat South Africa by nine wickets at Newlands on Tuesday and complete a clean sweep of their three-match Twenty20 series.

South Africa had elected to bat after winning the toss and, after a spluttering start, reached 191 for three wickets.

But a swashbuckling, record-breaking reply by Malan and Jos Buttler helped England to their target with 14 balls to spare. The tourists made 192-1 with Malan one shy of his century and Buttler 67 not out in a T20 international record 167-run second-wicket partnership, which came off 90 balls.

"It's exceedingly pleasing to win a game in such conditions as it builds confidence in the changing room," said England captain Eoin Morgan.

Rassie van der Dussen’s transformation from a stroke-less wonder on Sunday to a boundary-filled warrior on Tuesday was something to witness.
Sport
1 year ago
Next Article