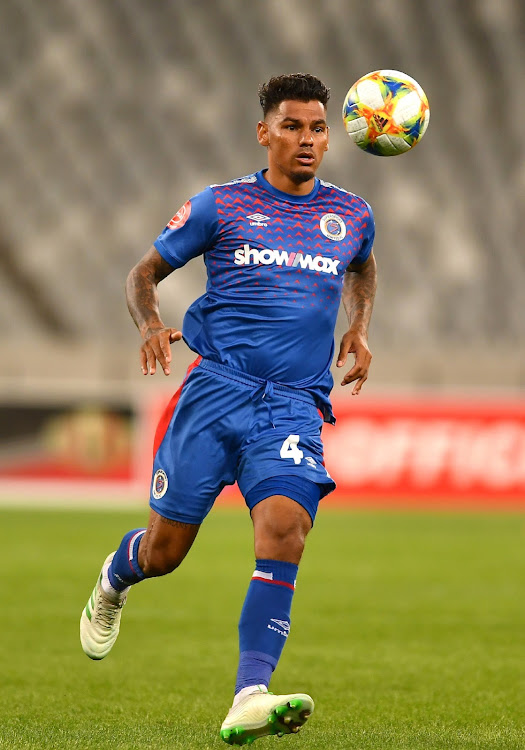 Departing SuperSport United defender Clayton Daniels says he understands the club philosophy of believing in young players who will take them forward.

Daniels parted ways with the club on Tuesday after they failed to agree on a long-term deal.

The 36-year-old wanted more than a one-year contract, but the club hierarchy did not relent. Daniels is not the first veteran player to leave SuperSport due to disagreement over the length of a new deal. In recent years, Morgan Gould, Reneilwe Letsholonyane and Kingston Nkhatha left the club under similar conditions.

“You have to look at the philosophy of the club. Their philosophy now is to introduce youngsters. As you can see, they haven’t signed any players [they signed three: Lucky Mohomi, George Chigova and Iqraam Rayners]. They believe in the young players who will take them forward,” Daniels told Sowetan yesterday.

“Maybe if they had the budget like [Mamelodi] Sundowns, they could also sign older players for that long [like Hlompho Kekana, 34, who signed a four-year deal recently].

“We negotiated for a longer-term contract and the club couldn’t agree to that, and we decided to part ways. I’m disappointed but I’m very positive about the future.

“I have no regrets. I had a great time there and I was very successful. For me, I’m grateful to have been in a club like that. This is time for me to move on and to find another home where I can finish off my career.”

Daniels added that he is close to finding a new home with unknown teams having shown an interest and that he will decide in the coming days who to join. “I will have to check the best option for me and the best environment. I have to make the right decision at the end of the day,” Daniels said.

“I’m a high-profile player, so we will see what is best moving forward. There have been discussions with a few teams and we will see which one comes out the best. I feel like I can still play for another three years.”

Instead of venturing into the transfer market to replace veteran defender Clayton Daniels, SuperSport United coach Kaitano Tembo says it is time to ...
Sport
1 year ago
Next Article