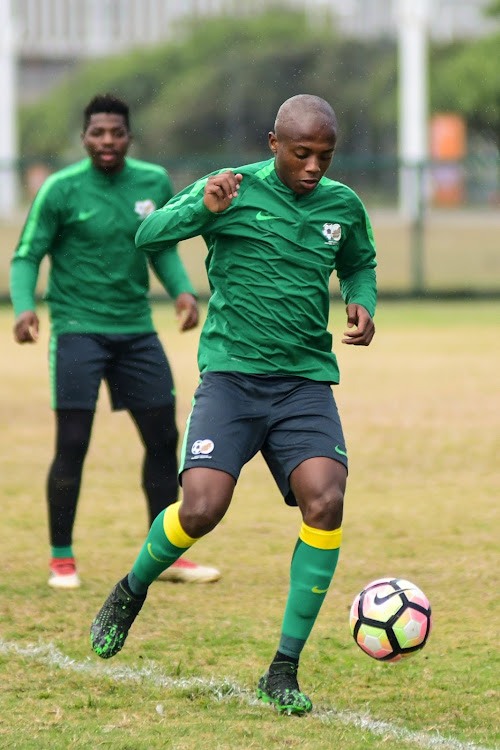 Orlando Pirates striker Zakhele Lepasa intends to use SA Under-23’s back-to-back friendlies with Saudi Arabia to show mentor David Notoane he can spearhead the side’s attack at next year’s Olympics in Tokyo, Japan.

In the fixtures that form part of their preparations for the Olympics, Notoane’s charges take on the Saudis in a double-header in Jeddah. The first tie is billed for tomorrow, while the second is on Tuesday. By yesterday, the Saudi Arabia football association hadn’t confirmed the kickoff times and venues.

“Being here is an opportunity for me to raise my hand. The U-23 pool is full of talented players and you need to show why you need to be in the final squad,’’ said Lepasa.

It’s the first time Lepasa is called-up to the U-23 team. The striker has coronavirus to thank as the novel virus forced the Olympics to be pushed back by a year. Lepasa was initially not in the picture as the games were scheduled to take place this summer.

“One can also say he is grateful of the fact that the Olympics were postponed for next year. This has granted players such as myself with the opportunity to raise their hands and say that they want to be part of the final Olympic squad,’’ said Lepasa.

It will be the third time SA U-23 feature at the Olympics, having qualified for the 2000 Sydney edition under coach Shakes Mashaba and the 2016 Rio showpiece with Owen da Gama. In both occasions, SA failed to advance to the knockout phase. Lepasa wants that to change in Tokyo.

“This is not for the first time SA will be competing in the Olympics. Some people  might have forgotten the names of the previous players that have been to the Olympics,’’ stated the U-23 striker.

“This generation of players wants to be remembered for our participation there. The only way we can achieve that is to support coach Notoane’s vision of going there to compete for a medal.’’

Ntseki glad Bafana won't have to travel to Sao Tome

With the back-to-back qualifiers against Sao Tome and Principe to be played in SA, this has taken a burden off the shoulders of the Bafana Bafana ...
Sport
5 months ago

Rushine de Reuck delighted with his first Bafana call-up: 'I just want to learn as much as I can'

Maritzburg United centreback Rushine de Reuck says his first Bafana Bafana call-up means even more to him than winning last season’s defender of the ...
Sport
5 months ago
Next Article