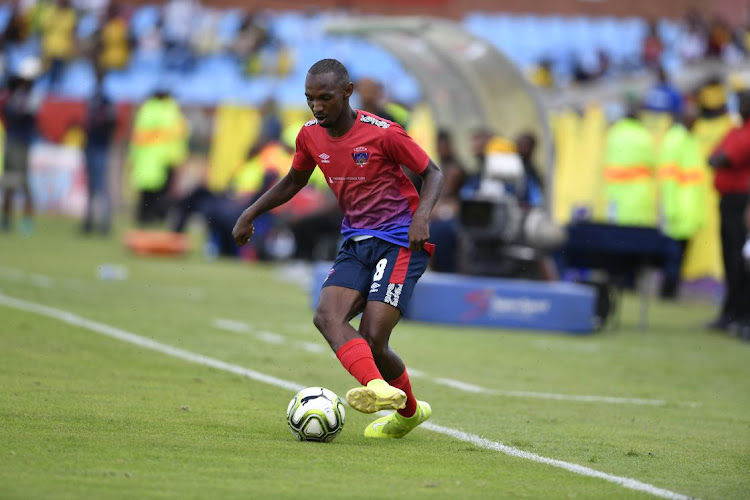 After his move to Kaizer Chiefs failed due to their Fifa ban, Thabo Rakhale is close to finding a new home in the Premier Soccer League (PSL).

The former Orlando Pirates, Chippa United and Polokwane City midfielder could have joined Chiefs had they been successful with their appeal for their two-window transfer ban with the Court of Arbitration for Sport.

Sowetan has now learned that Rakhale could join either AmaZulu or Tshakhuma Tsha Madzivhandila (TTM), according to a source close to him.

“He was waiting to see if Chiefs would be able to overturn their appeal as they were interested in him. But after they failed with the appeal, he could be heading to either TTM or AmaZulu, who have both shown interest,” a source said.

“There is a movement for him as of next week. Check with him or his manager. But it looks like it is TTM.”

The 30-year-old parted ways with Chippa in June after his contract expired, and he has been a free agent since then.

Rakhale's agent, Mandla Mthembu, confirmed that there had been a lot of interest in his player, and that he could be unveiled by his new club before the end of the week.

“Rakhale is 99% done with joining his new team. But I can’t reveal much because they said when the time is right, they want to make their announcement,” Mthembu told Sowetan yesterday.

“I don’t want to ruin things for them because of their reasons they told me. My comment, I will say, is 99% done. That’s all I can say. Rakhale will be unveiled by his new team whenever they are ready. Let me put it that way.”

Asked if TTM and AmaZulu were among the teams they were talking to, Mthembu said: “You are not far off, but as I said, I won’t comment further.”

AmaZulu have been very active in the transfer market as they continue to strengthen their squad for the season and are planning to do well.

As far as dreary and forgettable matches go, this AmaZulu and Black Leopards game will fall into that category, even though AmaZulu collected their ...
Sport
1 year ago
Next Article