Baroka refuse to say if they have sacked Kerr 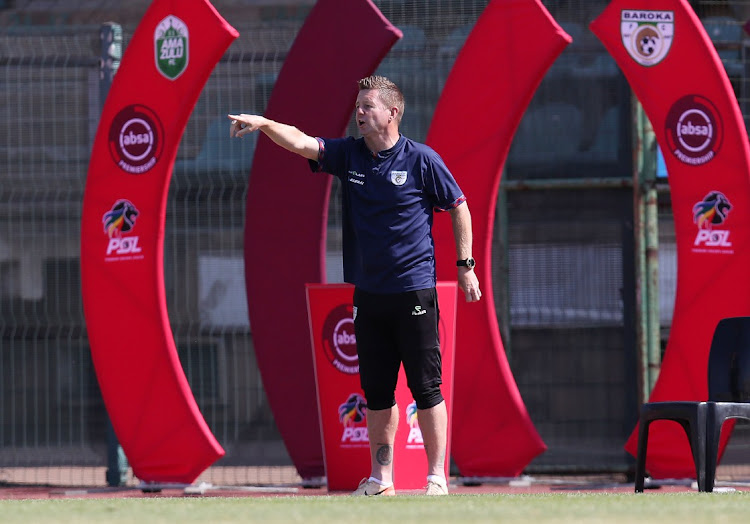 Suspended Baroka coach Dylan Kerr will have to wait a few more days to know his fate with the club.

Kerr, who faced charges of insubordination and bringing the club into disrepute, appeared before the clubs’ disciplinary hearing yesterday.

The 54-year-old insinuated that some people within the club were interfering with his job, and this didn’t go down well with the club, which placed him on a full pay suspension last month.

Sources have now revealed that Kerr is likely to be fired before the end of the week. Bakgaga CEO Richard Mashabane said the verdict would only be out within seven days after the disciplinary hearing.

“We are done with him. We are just waiting for the verdict from the chairperson who was handling the hearing,” Mashabane told Sowetan yesterday.

“The chairman [Khurishi Mphahlele] was not part of the hearing. He was not even charged by the chairman. The verdict will be out seven days from now. We can’t reveal the name of the person who was handling the case. It [the verdict] could be before because he said within seven days, so any time from now.”

Limpopo side sets sights on league title
Sport
1 year ago

Usually, during a Fifa international break, Premier Soccer League teams tend to panic and make coaching changes, and it seems the trend may continue this week.

A few coaches are under pressure after three rounds of league games and their jobs could be on the line should results not improve when matches resume on November 21.

Black Leopards coach Patrick Aussems could be without a job if recent poor results continue. Having retained their Premiership status by winning the playoffs, Leopards have had a poor start in the new season.

They lost all their opening three matches. It has put the Belgian coach under pressure already, with Lidoda Duvha known for firing coaches if results are not satisfying.

Another coach who also found himself under pressure in the new season is Eric Tinkler at Maritzburg United. Tinkler is yet to register a victory this season. Maritzburg didn’t even win a match during the bio-bubble towards the end of last season.

Maritzburg and Leopards will meet in the league fixture when the PSL resumes after the international break, with both coaches searching for their first points of the season.

Buoyed by the first two great results his team earned at the start of the season‚ Lamontville Golden Arrows coach Mandla Ncikazi is confident that he ...
Sport
1 year ago
Next Article