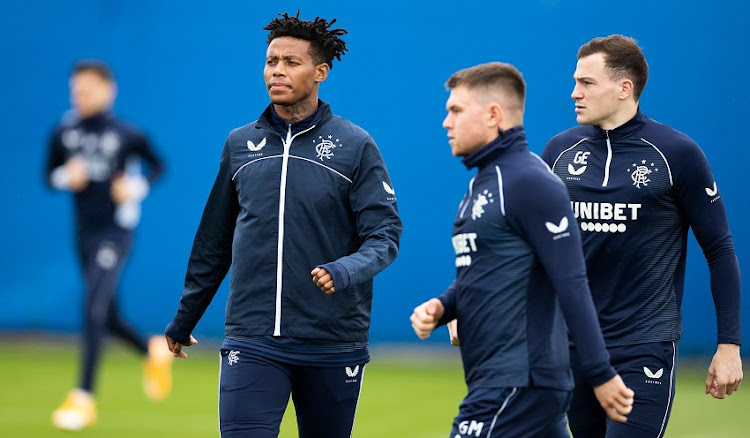 Having cleared his quarantine period arriving in Scotland‚ Bafana Bafana midfielder Zungu got a run for an hour in his first training session on Wednesday with his new teammates at the club he has signed for from Amiens SC in France.

Zungu said he felt he might even be up for a run‚ should Gerrard wish‚ in Rangers’ Europa League clash against Polish outfit Lech Poznan at Glasgow’s Ibrox Stadium on Thursday night.

“It means a lot to me to play for such a huge club with such a rich history‚” Zungu said in his first virtual press conference.

“When I was a young boy growing up in South Africa my dad used to speak to me about Rangers‚ and to be here today I feel very proud.”

On being a midfielder‚ and working under as renowned an ex-midfielder as Gerrard‚ he said: “I’m looking forward to it. He was a great midfielder. I can learn a lot from him.”

Zungu had to quarantine for two weeks‚ training at his new home with what weights and equipment Rangers could provide.

What a nice day! Thank you for your lovely welcome @RangersFC 💙 let’s go 💪🏽 pic.twitter.com/vuCKdZeAaZ

“Yeah‚ well the two weeks was OK. The club helped me to really get things done. They provided me with training equipment and some programmes on what to do‚” the midfielder said.

“So‚ ja‚ it’s been tough because I couldn’t go outside. But they made things quite easy for me. And ja‚ I could train indoors on the bike‚ get some weights.

“The video analyst was sending me analysis of the tactics‚ and how the team plays and the shape and everything.”

🎥 PRESS CONFERENCE: Bongani Zungu spoke to the media today for the first time as a #RangersFC player. pic.twitter.com/JsclaM0CKh

Having resumed training he said: “The training session felt great. It felt great to get out of the house and touch the ball with my teammates.

“Physically I feel really good and confident and if the manager decides to give me a chance to play I feel very good and ready.”