Ntseki maintains he never had qualms with Zungu 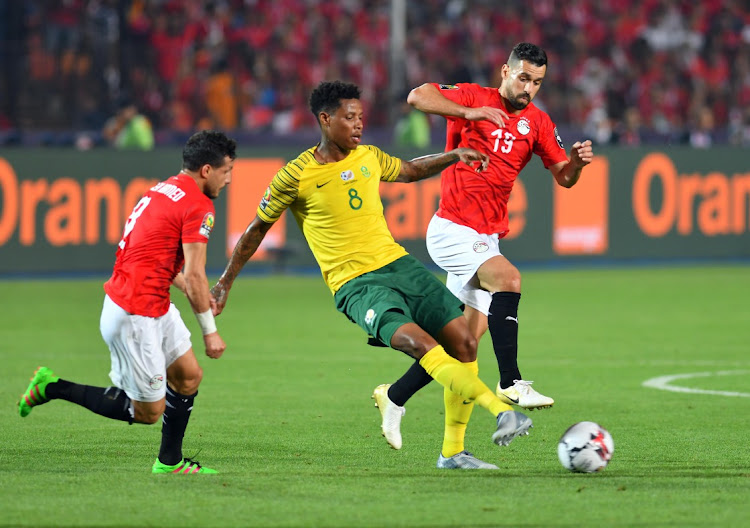 Bafana Bafana coach Molefi Ntseki has revealed why he decided to call Bongani Zungu to the national team now to face Sao Tome and Principe in the back-to-back Africa Cup of Nations qualifiers next month.

Zungu was omitted from the squad that played two friendlies against Namibia and Zambia earlier this month. Zungu, who is currently on loan at Scottish giants Rangers, has only made one appearance since the former SA Under-17 coach took over the reins from Stuart Baxter.

Ntseki insists he never had issues with the 28-year-old and that the only reason he did not receive a call-up in the past was due to the change of environment.

“I have never had a problem with Zungu. It was just some of the comments that were made that ended up clouding the relationship I have with all the players that are eligible to play for this country,” Ntseki told Sowetan yesterday.

“If you are not selected, there are reasons for that. If you are in the national team, there is a reason for that. When you look at Zungu, what has been happening with him in the past is that the club [Amiens] got relegated, there was an advent of coronavirus, and then he had to go back and then he wanted to leave, ultimately now he is settled at Glasgow Rangers.

“Him being settled now at Glasgow Rangers, we felt that he would be ready mentally and physically to come and play for the team.”

The talking point, however, was the inclusion of Kaizer Chiefs goalkeeper Itumeleng Khune despite showing lack of form for his club, and Ntseki said they needed his experience.

“We need to be very honest and supportive of our players. Khune is the only player in the Bafana Bafana squad recently who played in the World Cup,” Ntseki said. “We can’t take away the fact that he is the most experienced member of our team that we can always refer to.

The coach also explained the reason why he also included Dean Furman and Kamohelo Mokotjo.

“For an important match like Sao Tome, you need the best that can come to the team who are experienced mentally and know how to handle back-to-back matches.”

Former Bafana Bafana captain Dean Furman‚ now playing for Carlisle United in League Two in England‚ was among a raft of changes made by coach Molefi ...
Sport
1 year ago
Next Article