Amazulu have unveiled a string of Pirates players in their squad

Bucs take on familiar faces in trek to Usuthu 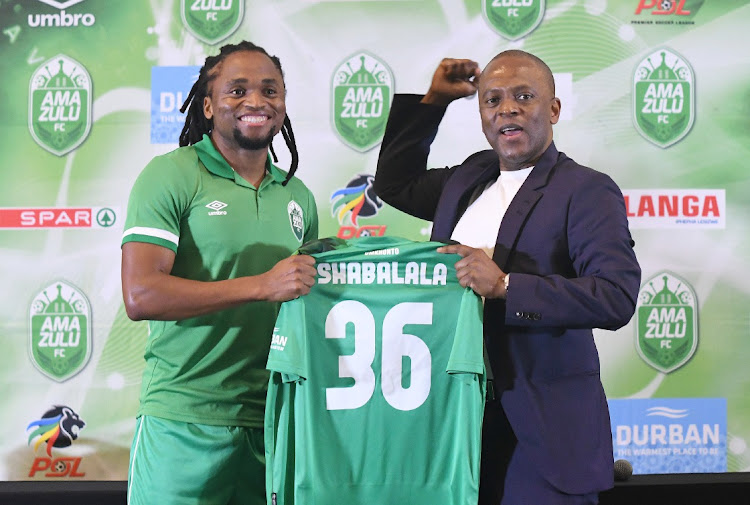 This after AmaZulu unveiled 10 new signings yesterday, three of them from Pirates – Luvuyo Memela, Augustine Mulenga and Thembela Sikhakhane.

Xola Mlambo and Linda Mtambo are also expected to complete their move to Usuthu soon and will bring the number of ex-Pirates players to five – all keen to prove a point on Saturday should they play.

Mulenga explained yesterday that lack of game time last season forced him to quit the Buccaneers.

“The reason why I left Orlando Pirates is that last season, I didn’t have enough game time, and looking at this season, they signed new players – and it doesn’t mean I didn’t want to compete with those new signings,” Mulenga told the media.

“The thing is, I didn’t want to go through what I went through last season. That’s why I asked to leave.”

The 30-year-old also clarified what happened with Tshakhuma Tsha Madzivhandila [TTM] after he was unveiled by the club last Thursday. “I don’t know what to say because I was also surprised hearing that they mentioned my name when they announced new signings,” Mulenga said.

“But as for me, I’m happy to be here, and I thank my family – they helped me to make this decision because it was not easy for me to choose AmaZulu, there were a lot of teams which were looking for me. TTM did approach me, and I told them that I need time to think about it. I didn’t talk to them about anything apart from that.”

Meanwhile, Memela, who was also unveiled yesterday, was not keen to talk about the reasons why he left Pirates.

“AmaZulu want to achieve things, and we all know that they have been in the PSL for a long time, and I’m happy to be here. Also, the ambitions that the chairman has are motivating ... that’s why it didn’t take me long to join the team,” Memela said.

“I won’t say much about what happened with me leaving Pirates. It is life ... things always happen in football."