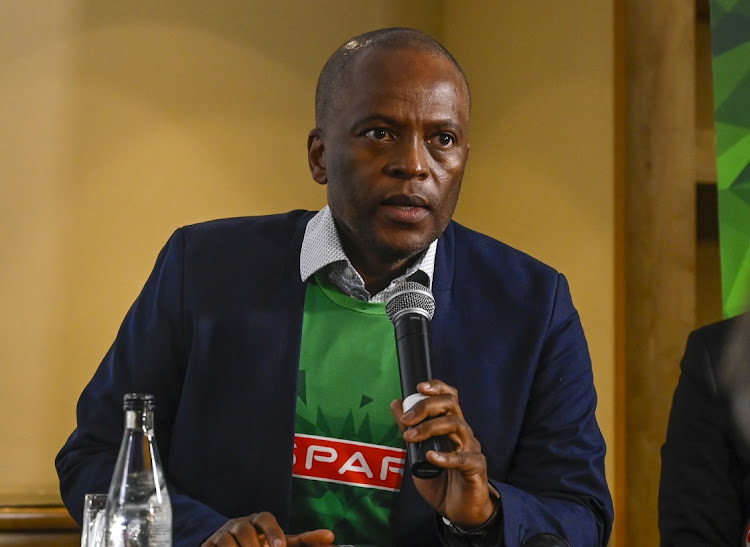 Sandile Zungu the new President of AmaZulu during the AmaZulu press conference at the Hilton Hotel in Durban on 2 October 2020
Image: Backpagepix

This emerged during radio talk show  the Marawa Sports Worldwide when Zungu confirmed he had made a 100% purchase of the club from Patrick Sokhela, who has been the owner for past 16 years.

It is understood that it has always been a norm that whoever buys the club formed way back in 1932 makes sure that the Zulu royalty is well informed about such plans.

Zungu, a Durban-based businessman Zungu, said: “It is very important for a team which is named after isizwe samaZulu (Zulu nation) to always respect the relationship with the royalty, especially to accord His Majesty King Goodwill Zwelithini the respect that he deserves. So even before we could put pen to paper, we endeavored to reach out to him to seek his understanding and blessings. We could not get hold of him but I was quite clear if I cannot get hold of him I would postpone the press conference (last week).”

Zungu added: “There was no way that the king would hear from the media that a transaction of this magnitude has taken place without him either endorsing it or expressing his misgivings. And indeed we got hold of him and he was absolutely excited that the team is staying within in the KwaZulu-Natal province and I am the person who is familiar to him that I am the one who is becoming the owner. He was specific: is Sokhela happy and I told him he was happy and is with us in the press conference and he was absolutely  delighted.

He said for Zwelithini it was essential that he and Sokhela had a smooth handover.

“When AmaZulu was formed in 1932 they went to his majesty at the time King Solomon kaDinuzulu to receive his blessing. He slaughtered and brewed for the team at  Kwadlamahlahla in 1933. That history and association with the king is quite entrenched. The king will remind us that people died for the preservation of the symbols of the nation and AmaZulu is one of the symbols of the nation.  So I have had to remind players when you don that jersey, remember the warriors, some who were Zulus and some who were Sothos, who were fighting at the battle of Isandlwana and defeated the British. You must be prepared to die in the battlefield for the honour of AmaZulu football club,” Zungu said.

He would not divulge how much he paid for the club but admitted that they have a mountain to climb to reposition Durban-based AmaZulu as a force to be reckoned with.

He also confirmed that Ayanda Dlamini and Spar will remain the head coach and sponsor of the team.

AmaZulu have become the third Premier Division franchise sold in the 2019-20 off-season‚ the club have confirmed in a statement.
Sport
1 year ago

Last Wednesday, President Cyril Ramaphosa announced that most of the remaining restrictions to economic and social activities will be eased further ...
Opinion
1 year ago
Next Article