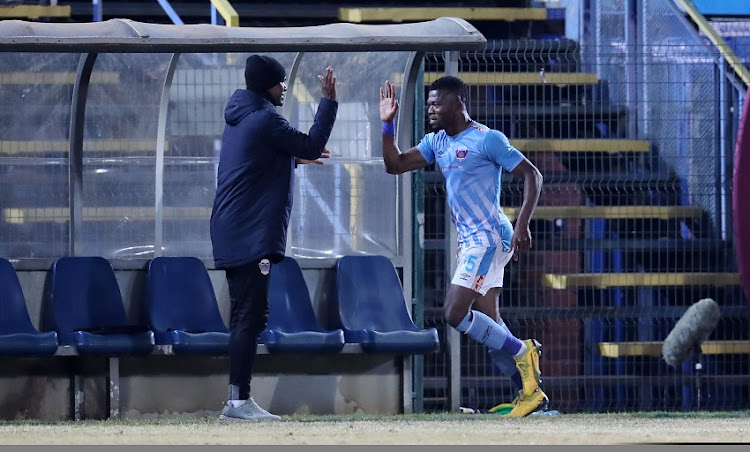 Baroka FC’s survival hopes were dealt a heavy blow by Chippa United who handed them a 1-0 defeat during their Premiership encounter at Bidvest Stadium on Saturday night.

As a result of this damaging loss‚ Baroka remain third-from-bottom on the log with only one point separating them from Polokwane City and AmaZulu‚ who are sitting at the foot of the table.

Chippa remain in 12th spot but they have significantly boosted their survival ambitions as they are six points better that bottom two sides Polokwane and AmaZulu with three games in hand.

Making things worse for Baroka coach Dylan Kerr is that first choice goalkeeper and captain Elvis Chipezeze will not be available for their next league match against title-chasing Mamelodi Sundowns.

The Zimbabwean international was shown a yellow card by referee Victor Gomes after 70 minutes for a reckless tackle on advancing Thabiso Lebitso on the edge of the penalty box.

The only goal of the match was scored by Augustine Kwem who beat the Baroka off-side trap to connect with a defence-splitting pass from Diamond Thopola as early as the seventh minute.

This defeat also means that Baroka have only won once in their last six league matches where the other results were two draws and as many losses.

Chippa United have significantly refreshed their survival hopes as they have registered their second win of their last six games.

Baroka have a lot do to over their remaining three matches as they have tough clashes against Sundowns‚ SuperSport United and Kaizer Chiefs‚ who all have ambitions in the top of the table.

For Chippa‚ coach Lehlohonolo Seema will have to negotiate their safety in their meetings with Stellenbosch FC‚ Chiefs and Golden Arrows over the next few days.