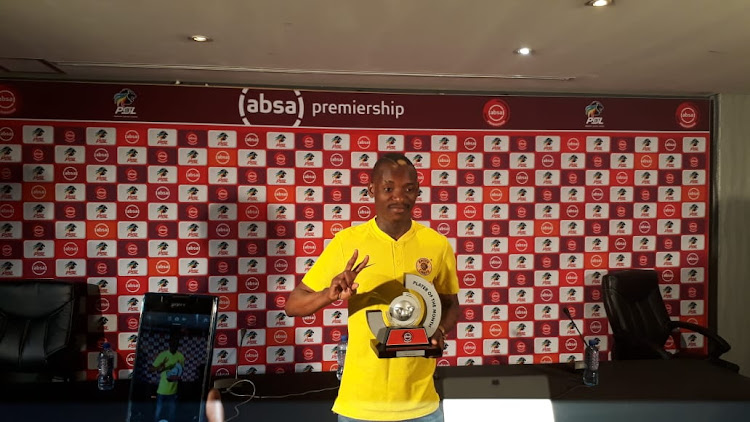 Kaizer Chiefs simply have to support Khama Billiat and try to nurse him back to his best‚ coach Ernst Middendorp has said of a player nowhere close to his best performance for the Absa Premiership leaders.

At his best Billiat is perhaps the best and most influential attacker in the Premiership. His one-goal return in 2019-20 – as opposed to 12‚ 8‚ 8 and 5 in his past four seasons – is as clear an indicator as the obviously flat performances from the Zimbabwean that he is far off his best.

Billiat – a star of last year’s group stages of the Africa Cup of Nations in Egypt – produced another disappointing display as Chiefs capitulated to a 3-1 defeat to Bloemfontein Celtic at Tuks Stadium on Wednesday night‚ spurning a chance for a nine-point lead in the league.

“We know it’s not a great season from Khama. But everyone knows he has huge potential‚” Middendorp – who at one stage this season‚ concerned at the player’s lack of rest due to the Afcon‚ had Billiat rested for two months – said after the defeat.

“We can only support him and put him into better movement and expect that he will do better.”

Billiat‚ who still has one of the best first touches in the PSL‚ was particularly disappointing in front of goal‚ managing only week or off-target shots from some good positions.

Chiefs‚ in general‚ were poor in their decision-making in the final third‚ shooting too often from range when there were better options for a pass.

“Everything individually in the final box [was done with] everything too much rushing‚” Middendorp said.

“It was Reeve [Frosler]‚ it was Samir [Nurkovic]‚ it was Leonardo [Castro]. It was a number of players‚ where we know we can do better.

“We had position around the box and inside the box where we blasted it away. Instead of really being patient‚ being calm‚ put ourselves in a better position [to score]‚ knowing that the [Celtic defensive] block is there.

“We prepared ourselves for it – it just didn’t work out as we wanted.”

Middendorp has said he will work on such deficiencies‚ and try to have the league leaders in far sharper condition‚ when Chiefs meet tough Stellenbosch FC at Tuks Stadium on Sunday.