Lehlohonolo Seema pleased with what he sees at Chippa 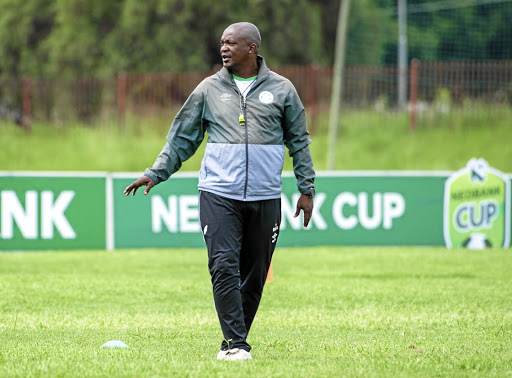 Chippa United coach Lehlohonolo Seema hopes for clarity soon as to whether or not the Absa Premiership will return this season.

Football bosses from the PSL and 32 National Soccer League (NSL) teams representing the Absa Premiership and the GladAfrica Championship are set to meet today to discuss the way forward.

It is believed that the unprecedented cancellation of the top flight and the lower tier seasons will be top of the agenda.

Seema, who joined the Eastern Cape side early this month, conducted his first training session at his new job on Monday after having to wait for his Covid-19 test results to be cleared.

The 40-year-old Lesotho international said he was happy to see that some of Chippa's MultiChoice Diski Challenge players were training with the first team.

"It's early to talk about how the team is looking," Seema said.

Baroka FC coach Dylan Kerr: 'My players are not ready yet'

Baroka FC coach Dylan Kerr says there is no way his players will be ready to take to the field should the league programme resume in the beginning of ...
Sport
1 year ago

"But I was welcomed very well by the players, the technical team and supporting staff. There is a lot of talent that I see here. Some of the players I didn't know because they have not played yet, but it's nice see that some of the guys in the MDC are training with the first team and they have potential and are promising players.

"For now the team looks good, but we are still working.

"Unfortunately we don't know the date [when the league will resume] and it is making it a little bit difficult because you don't also want to push them too hard and then we are told the league is starting tomorrow or go less on them.

"So, we are pushing every day, but all in all it has been a good week so far. I am happy with what I have found. You can see they are at a Premiership level."

Asked whether or not the doubt around the resumption of the league wasn't disheartening and making his job difficult, the former Bloemfontein and Orlando Pirates player said: "Yes, of course it's difficult, but as coaches we always have to adjust and be flexible.

"That is why sometimes here and there you need to give them some time off a bit because we have to work smart and make sure that we don't over use them."

When questioned about the possibility of a cancellation of the season, Seema said he could not comment and would rather wait for official word.

In the wake of his promotion from the MultiChoice Diski Challenge (MDC) head coach job to the senior team, Abram Nteo has vowed there'll be no case ...
Sport
1 year ago

Lehlohonolo Seema was handed the tough task of attempting to guide Chippa United away from the relegation zone when he was revealed as club's new ...
Sport
1 year ago
Next Article