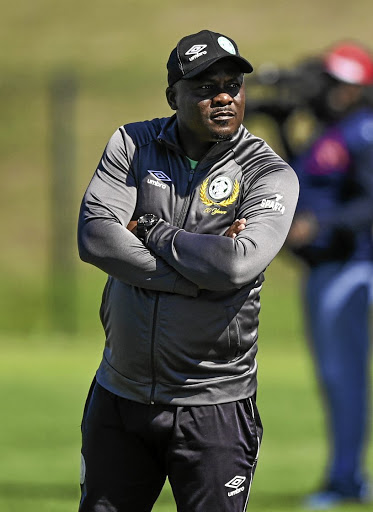 In the wake of his promotion from the MultiChoice Diski Challenge (MDC) head coach job to the senior team, Abram Nteo has vowed there'll be no case of two bulls in one kraal on the senior team's bench.

Nteo will be the assistant coach to new Celtic head coach John Maduka, on account of the departure of Lehlohonolo Seema to Chippa United on Monday.

Nteo, an astute coach in his own right, guided Phunya Sele Sele to the MDC title the previous season. On the other hand, until he was appointed the solo head mentor, Maduka had been serving as a co-coach with Seema.

"I won't sabotage coach Maduka. He's a good coach and a good person all-round. Mine is to make sure I support him because we have one interest... to help the team reach new heights," Nteo told Sowetan yesterday.

Both Nteo, 42, and Maduka, 49, played for Celtic. Nteo's deal is until the end of the season. The management told him they'll review it when the campaign ends.

"From our playing days, we've had a good relationship. Even when I was still with the MDC team, they [Maduka and Seema] used to call me to watch the first team's training and vice versa."

"Wire", as Nteo is known in football circles, also disclosed he was not expecting to be promoted. The new Phunya Sele Sele second-in-command is however grateful for the opportunity.

"I never saw it coming because I was so focused on the MDC team. But all in all, I am very happy. I thank the club for giving me this opportunity. Celtic is my home, so my heart is here," said Nteo.

Lehlohonolo Seema was handed the tough task of attempting to guide Chippa United away from the relegation zone when he was revealed as club's new ...
Sport
1 year ago
Next Article