Irvin Khoza tells why the league should resume 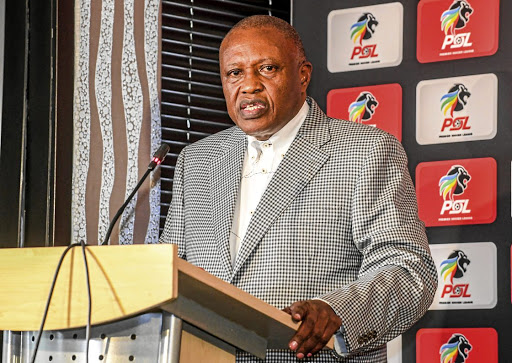 The PSL's apparent desire to resume play as soon as possible is in line with trying to save jobs across top-flight football.

This was laid bare by the league's chair Irvin Khoza in a media conference held at PSL headquarters in Parktown yesterday.

The PSL is understood to be already in unfavourable financial position after headline sponsor, Absa, confirmed in June it's their last season sponsoring the league, having pumped over R140m into the PSL coffers in the previous financial year.

As the league has been stretched by over two months due to Covid-19, now it's believed some sponsors and suppliers such as Carling Black Label, Telkom and MTN stopped paying the league's grant at the end of June, compelling the league to pull out all the stops to resume play.

"From the 30th of June, that was the last time we got a grant. If nothing happens beyond this time, because we fund the new season going forward, the sponsors at this point have been generous, especially the broadcaster [MultiChoice]," said Khoza, intimating that only the TV rights holders had committed to continue paying even though there hasn't been any football.

"For the last three, four months, they [MultiChoice] paid without asking questions, like what we give in return."

Khoza further reasoned if football doesn't resume any time, clubs won't be getting any cent from the league, fearing that could mean retrenchment for some individuals attached to member clubs.

The Premier Soccer League (PSL) is likely to receive strong push back from most of the unhappy clubs who have been told that they must foot the bill ...
Sport
1 year ago

"It's so urgent for us to start because beyond 30th of June, we won't be able to give clubs any grants. If that happens, it means we must now revert to section 39 of retrenchments.

"That's the reality of the situation. It's been stressful to the clubs, some of the clubs have taken it up on themselves to do some kind of dealings with the players by asking for salary reduction from 30% to 40%."

Khoza also confirmed that Gauteng has indeed been chosen as bio-safe bubble where the remaining league games will be played. Safa will communicate the resumption date.

Having previously reiterated football can only restart next month, Sowetan was yesterday unable to get comment from Safa chief executive Tebogo Motlanthe.

The PSL indicated to Safa that the league matches should resume this weekend.