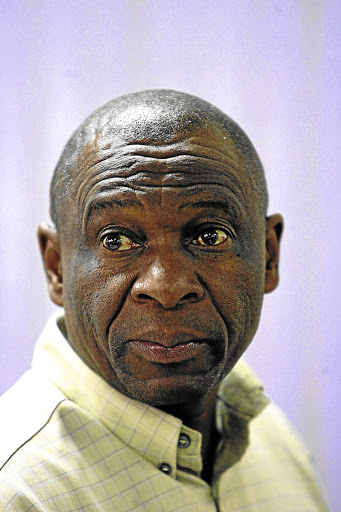 Some called him "Sbozi", "Bhova" and "Figo", but Augusto Palacios called him "Mabuzika" simply because the Peruvian could not properly pronounce Mazibuko.

All these nicknames belong to Louis Mazibuko - the doyen of football journalism - who passed on last week. The playful old man from Mtshezi, Escourt, in KwaZulu-Natal.

He was 69 years old. But he was such a free-spirited, peace-loving individual that he would brag about anything from being the only black journalist in SA to live in a double storey house in Diepkloof Extension.

Veteran coach Palacios said he met Mazibuko when he came to SA in the 1970s.

"He told me a lot about Witbank Black Aces, Orlando Pirates, Kaizer Chiefs and Manning Rangers when I came in this country and we became friends since," said Palacios, who is the same age of the departed member of the fourth estate. "Louis would not conduct interviews over the phone, but instead came to either training or the match. He did not write contradictory stories, but facts. Louis should have been a role model for many journalists."

He said Mazibuko actually cared for families of players and coaches. "He never copied other journalists' stories and he did not distort facts.

"Louis also loved people and he was forever smiling. I will never forget him and he remains a special journalist to me. I was shocked and saddened to hear about his death."

Football legends, greats and administrators have paid tribute to the loveable character, lyrical writer and old school scoop specialist that was ...
Sport
1 year ago
Next Article