Kaizer Chiefs coach Middendorp: ‘As a leading team‚ most teams started to understand our play’ 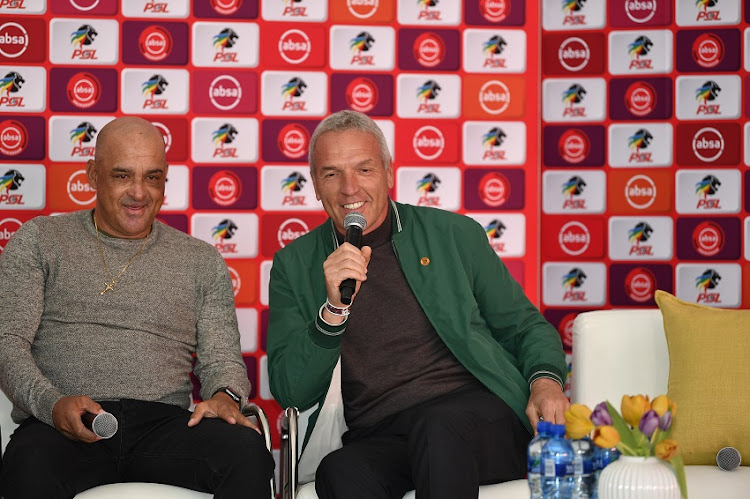 Kaizer Chiefs coach Ernst Middendorp has admitted that there was a stage in the now on-hold 2019-20 season where opponents started to figure out the Absa Premiership’s leading team.

Chiefs‚ in their 50th anniversary season no less‚ find themselves caught in an extreme situation that no league title chasing side have had to face‚ with Premier Soccer League (PSL) football on hold and uncertainty that the campaign can be completed at all.

Middendorp – a technical coach – said he has used much of his time in the national lockdown in response to the coronavirus to speak to his international connections and analyse Amakhosi’s matches until football was shut down.

Chiefs had found wins harder to come by just before the lockdown‚ and when play was suspended on March 16 their lead appeared increasingly precarious at just four points more than defending champions Mamelodi Sundowns‚ who had a game in hand.

“We have lost games that we were not meant to lose. We have analysed what the opponent has seen in us and accordingly we have been looking at variations of our gameplan going into our next match‚” Middendorp said.

“In my discussions with [former Bafana Bafana international and New York Red Bulls assistant-coach] Bradley Carnell about systems‚ he shared some of the dynamics they experienced.

“For example‚ when you play in a certain way‚ the opponents will at some stage understand your system‚ which means that you are forced to change. You always need to be able to adapt as a team to new circumstances.

“I found these discussions interesting because as a leading team in the league‚ most teams started to understand our play‚ and hence we had to start varying our approach.

“Modern-day football requires flexibility. Remember‚ in the Soweto Derby [Chiefs beat Orlando Pirates 1-0 in February] we played [right-back] Reeve Frosler on the left and many people got a shock‚ despite not knowing that we wanted him to give us variation and different options.

“Because of all these discussions with the team and seeing how the guys pick it up‚ we believe that we are on course to achieve the goals we have set for ourselves.”

Chiefs had 48 points from 22 games‚ and eight matches left‚ when the PSL suspended matches.

Second-placed Sundowns had 44 points from 21 games‚ third-positioned SuperSport United 40 from 24‚ and fourth-placed Orlando Pirates 40 from 23.