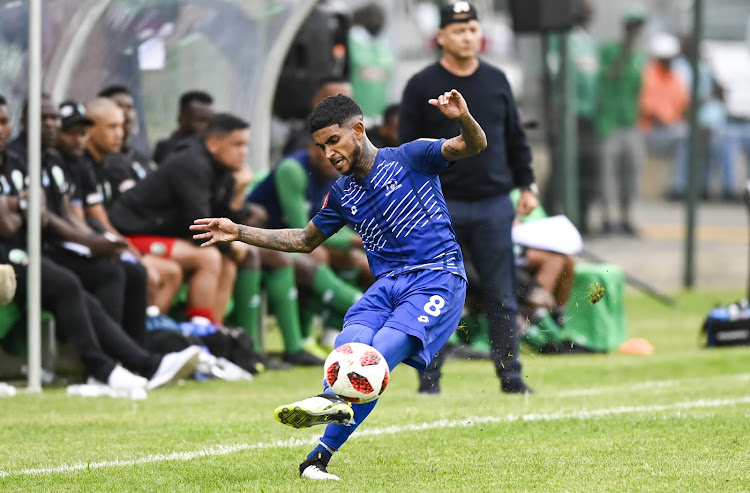 If it was up to Keagan Buchanan, Kaizer Chiefs would be crowned the Absa Premiership champs should PSL season be cancelled.

As the Covid-19 pandemic- forced PSL recess continues, the debate has also been raging as to how should the league be concluded. It has been suggested that a mini-World Cup format where games will be played at one venue be considered, while some have said the league should wait for the government's directive to resume.

However, Maritzburg United midfielder Buchanan says Chiefs should be handed the trophy they last won five years ago should the league be cancelled. "It is like asking me if Liverpool should win the league (in England), look I'm not going to be biased and say Chiefs should get the league," Buchanan told reporters through a video conference.

Eric Tinker hopes his side will take some momentum into two “crucial” away games against Bidvest Wits and Kaizer Chiefs in the next week in the wake ...
Sport
2 years ago

"If you're looking at form and what we have done this season, I would say that Chiefs should win the league. If you ask me where we should finish - and we are sitting fifth now - I would say we deserve to finish there if they cancel the league."

Despite eight matches remaining before the season is completed with Chiefs leading second-placed Mamelodi Sundowns by four points, the 29-year-old insists his ex-team deserves to win the title.

Buchanan said he trusts that the powers that be will make the right decision.

"I have been reading the articles about the German Bundesliga (set to return this weekend) and seeing the Spanish La Liga going back to training. I mean, we have a very intelligent chairman of the league (Irvin Khoza) and he will implement the right structures in a way of going forward when they call us back," he said.