Ex-Pirates striker Foster on playing FC Porto: ‘The stadium is filled with pictures of Benni’ 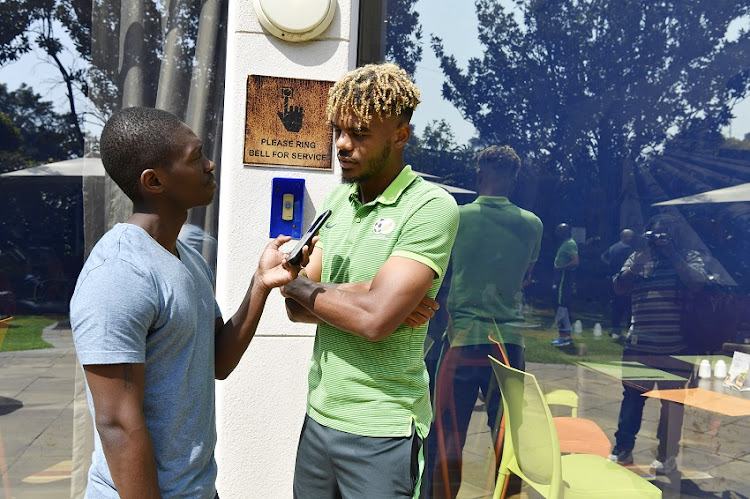 When Lyle Foster saw the mark that Benni McCarthy has left on Portuguese giants FC Porto it inspired Cercle Brugge’s 19-year-old striker to aim to produce something similar in his career in Europe.

Foster‚ briefly playing for new club Monaco in the 2019-20 preseason – he went on to two Ligue 1 matches before being loaned to Brugge in Belgium’s Jupiler Pro League top-flight – played a friendly against Porto at their Estádio do Dragão.

The Orlando Pirates youth product said pictures of McCarthy – who won two league titles and the 2004 UEFA Champions League under Jose Mourinho with Porto – are still all over the ground‚ including in the hallowed change rooms of the great club.

As a youth‚ long before joining Pirates‚ Foster would walk with his father and uncle to watch Pirates‚ including when McCarthy won a treble with Bucs in 2010-11. Playing for Pirates against Cape Town City‚ then-City coach McCarthy had an encouraging word for Foster after the game.

But it was the trip to Porto that made the biggest mark on Foster.

“I have this great story about Benni‚ on a personal note – and it’s something that I hope to achieve too one day. We [Monaco] played a friendly against Porto‚ and as you know Benni won the Champions League with Porto‚” Foster said in lockdown from Bruges in an interview arranged by his sponsors‚ Adidas.

“I promise you the stadium is filled with pictures of Benni. In the locker rooms‚ elsewhere too. Benni is loved‚ loved‚ loved there.

“And when I saw that it motivated me big time. I was sitting in that change room and I’d see a picture of him to the right‚ to the left‚ in the middle. It felt as though I was sitting next to Benni even though he wasn’t there.

“And‚ like‚ the mark that he has left on world football‚ not just South African football‚ it’s crazy.”

As a child‚ Foster would walk from his home in Noordgesig with his dad‚ Lance Foster – who once played in Bidvest Wits’ development with Junaid Hartley – to watch Pirates at Orlando Stadium.

“I would go with my Dad and my uncle‚” Foster recalled.

“From Orlando Stadium to where I lived‚ if I said it was 2 kilometres I’d be lying – it’s probably less. From my house you could here the Pirates supporters if they scored or conceded a goal.

“So it just felt right playing in that stadium and scoring my first goal there.

“I started going to the stadium from 10 when [Benedict] ‘Tso’ Vilakazi was still the midfielder at Pirates‚ and every year after that.

“Benni was one of the players from South Africa that I actually had a chance to see in person. It was crazy because he scored magnificent goals.

“When we [Pirates] played against Cape Town City he spoke to me after the game and it meant a lot.”

Foster‚ the youngest player to score for Pirates at 17‚ has earned solid game time at Brugge – the smaller rival top-flight club in Bruges to Percy Tau’s Club Brugges – in his loan there this season‚ with 18 league games and a goal.