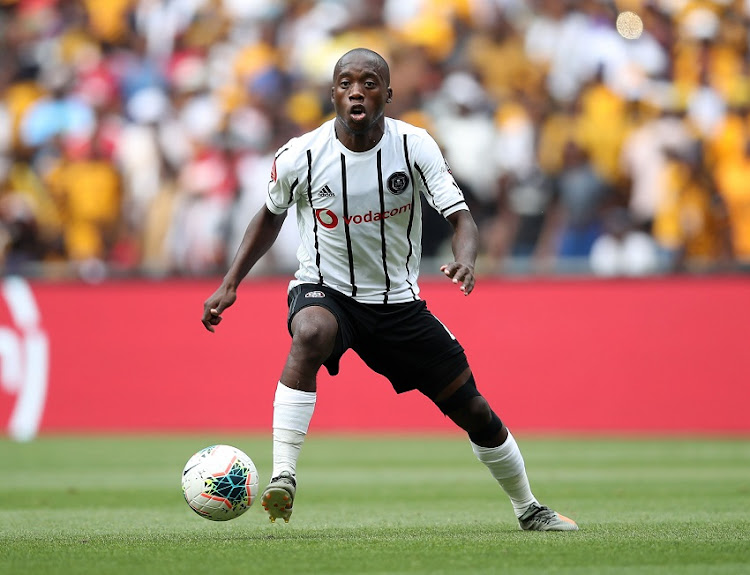 Ben Motshwari of Orlando Pirates is said to be following the necessary guidelines after testing positive for Covid-19.
Image: ©Samuel Shivambu/BackpagePix

Orlando Pirates midfielder Ben Motshwari suspects he got infected with Covid-19 after a trip to the shops.

Motshwari was announced yesterday as the first footballer in SA to test positive for Covid-19.

Pirates announced that the player would be in isolation for the next two weeks and added that "...he will need to test negative before he is cleared".

"In accordance with relevant protocols, NHI has been notified of the case by the club," Pirates statement said.

His agent, Palesa Mkhize, revealed that Motshwari was in good spirits despite his diagnosis.

"Ben went to do some grocery shopping at the mall last week and that's where we suspect he got it from," Mkhize told Sowetan.

"He is alright and is doing well so there's no need for panic. He took the necessary safety measures like wearing a mask and always kept a sanitiser with him."

Mkhize also said that there was no chance that the 29-year-old could have infected any of his teammates.

"No he hasn't come in contact with any of his teammates. He has a place where he stays alone and has been staying there since the lockdown."

Mkhize added that Motshwari would be self-isolating at his house in Johannesburg.

"He is currently self-isolating where he stays. He has been given guidelines about what to do during his quarantine such as drinking lots of water.

"Ben is very strong and has a good character and I am very confident he will recover from this. The only thing that is bothering him at the moment is a blocked nose but other than that he doesn't have many symptoms."

Orlando Pirates have confirmed that their midfielder Ben Motshwari has tested positive for coronavirus.
Sport
1 year ago

Orlando Pirates got a lucky let off late in the game but still came away with only a point at Lamontville Golden Arrows at the Sugar Ray Xulu Stadium ...
Sport
1 year ago

Orlando Pirates coach Josef Zinnbauer made three changes to his debut Soweto derby line-up against Kaizer Chiefs at the FNB Stadium on Saturday.
Sport
1 year ago
Next Article