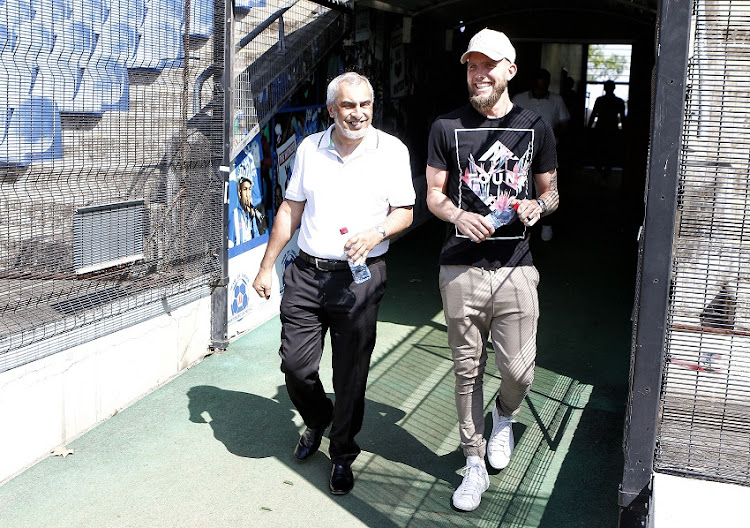 Maritzburg United’s “Friday night Football” vibe and the packed attendance they get at the start of a weekend at their Harry Gwala Stadium stronghold has played a key role in their success this season‚ says club chairman Farook Kadodia.

Kadodia acknowledged that‚ of course‚ coach Eric Tinkler’s influence is the major factor in Maritzburg having been in fifth place in the Absa Premiership before the national lockdown due to the coronavirus outbreak in South Africa.

Tinkler‚ after arriving in January 2019 and saving United from a near-impossible relegation situation via the playoffs last season‚ had also steered Maritzburg to just their second cup final this campaign‚ losing 2-1 in the Telkom Knockout last match against Mamelodi Sundowns.

“One thing you must know in football – it’s about the coach winning the dressing room and getting the best out of players‚” Kadodia told SowetanLIVE.

“I think that’s the first ingredient if the club is going to have success. And I think Eric has done well in terms of that‚ as far as he’s got the best out of the players.”

Kadodia said United’s non-midweek home matches‚ which they schedule on Friday nights‚ have grown into an event in the sleepy KwaZulu-Natal capital of Pietermaritzburg.

They attract good crowds at the 12‚000-seater Harry Gwala‚ a stadium that was enlarged and modernised by the Msunduzi Municipality as a training venue for the 2010 Fifa World Cup‚ and hosted Paraguay for that purpose.

“I think the second factor in our good season is that the home ground at Harry Gwala this season was better than what we’ve ever had in Pietermaritzburg‚” Kadodia said.

“I think that alone‚ especially this particular season‚ has been a big factor. I think we’re unbeaten at Harry Gwala this year.

“And that vibe on a Friday night‚ and the marketing direction as a club into a Friday night mode‚ I think has worked for us exceptionally well.

“We started off in our infancy as a new club in the 2000s by having braais on a Friday night and building the support that way. But it was still very much in the infancy stage.

“It’s grown to where‚ hosting on a Friday night 8‚000 or sometimes even 10‚000 people‚ and you’re not playing Chiefs‚ Pirates or Sundowns‚ has been significant for us.

“This season‚ I think it’s played a huge role in the players’ performance.”

United have won four and drawn one of their five matches at Harry Gwala in 2020. Over the 2019-20 season‚ they have lost four fixtures at home in 15 league and cup games‚ winning nine and drawing three.