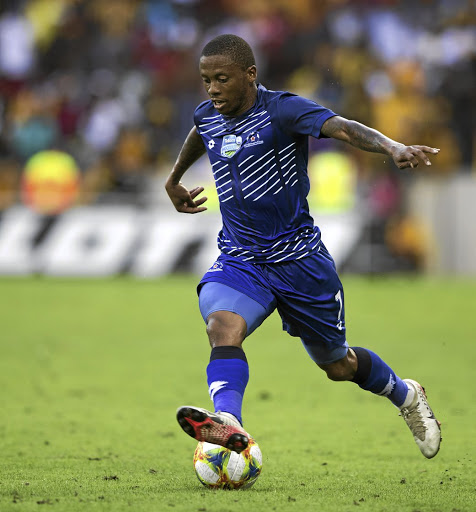 Former Baroka coach Kgoloko Thobejane has backed his former protégé Thabiso Kutumela to perform with Bafana Bafana after his surprise inclusion in the squad.

Kutumela was one of the inclusions that raised eyebrows in the recent Bafana squad that was named by Molefi Ntseki together with the likes of Thabo Matlaba, George Maluleka and Gladwin Shitolo.

The diminutive goal-poacher failed to cement regular game-time at Orlando Pirates and was sold to Maritzburg United last season.

After failing to earn a national team call-up at the mighty Buccaneers, he has been able to do that at the Team of Choice.

South Africa’s national team could have to play three times a week later this year to haul in fixtures postponed in the wake of the coronavirus ...
Sport
1 year ago

Kutumela has scored nine goals in 25 appearances in all competitions.

"That boy is one of the best strikers in the country and he still has a bright future ahead. I think people can still expect to see more from him," Thobejane said.

"I am happy that he has finally got a chance to prove himself at Bafana. I think he will do well for the national team.

He was not given a proper chance at Pirates and I think Maritzburg is the right team for him now."

Kutumela's chances of making his debut have suffered due to the international suspension of games due to the coronavirus.

It remains to be seen when Bafana will finally take on Sao Tome in the qualifiers for next year's Africa Cup of Nations (Afcon).

Thobejane is currently the head coach of ABC Motsepe League side Passion FC in Mpumalanga.

The former school teacher groomed a number of top players at Baroka, including Kutumela, Mduduzi Mdantsane and Gift Motupa.

The 50-year-old tactician is confident that he can also produce star players at Passion.

"There is a lot of potential in the team and also in Mpumalanga as a whole.

"I think soon we will have PSL players coming from this club, I am sure of that," confident Thobejane said.

Bafana Bafana are unlikely to see any action before September with their next scheduled Africa Cup of Nations qualifier on the brink of being ...
Sport
1 year ago
Next Article