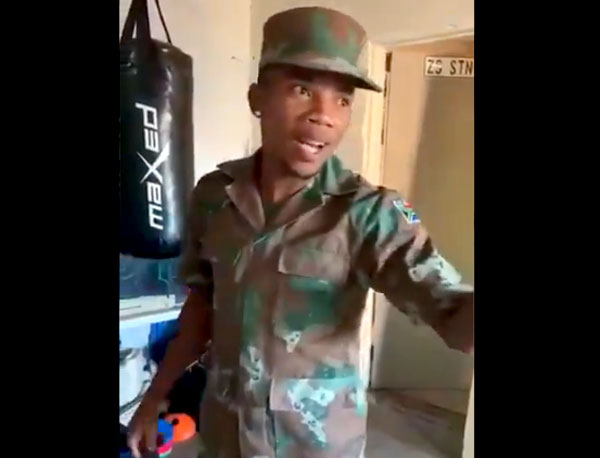 Bloemfontein Celtic has issued an apology on behalf of midfielder Teboho Potsane  following his video on social media wearing the army regalia.

Over the weekend, Potsane’s video where he was threatening to kill someone, while wearing military camouflage, went viral.

In the video, the 26-year-old midfielder joked about killing a person while putting on boxing gloves. "You see, those who would are busy roaming the streets while we are busy here... wait and see what I'm going to do to them," Potsane said in the video.

"I am training guys, I am not playing around and I'm not going to show you any mercy. I'm going to kill someone."

According to club spokesperson Sello Nduna, Potsane has since apologised and the club will not punish him for what he did.

“It was an innocent thing from him where he recorded that obviously, with the army’s uniform and unfortunately it went viral. He was called to account for that and he was released, he was never detained," Nduna said.

“On behalf of the club, we apologise for that, it is something shouldn’t have happened. He was not aware that he was not supposed to do that."

Potsane handed himself over to army officials after he was called to answer on wearing the uniform. It seems as if the 26-year-old didn’t spend a single minute in the holding cells as his club spokesperson Sello Nduna said he was released on  warning.

“I got a call from a local army official based here in Bloemfontein about Potsane. They wanted to get his side of the story,” Nduna told Sowetan.

“I had to locate where he was so he went there personally.”

The uniform is said to belong to his friend, who serves in the army in Bloemfontein.