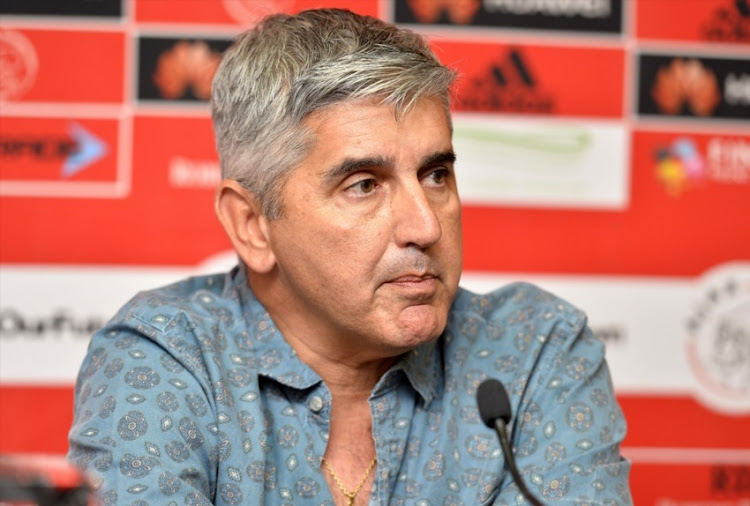 Having initially confirmed he'd be leaving the club at the end of the season to return to his native Netherlands, on Friday Ajax announced that Ulderink had resigned with immediate effect.

Via a strongly-worded statement released yesterday, the club stated Ulderink had chosen to leave the club in solidarity with the suspended head of youth, Hans Vonk.

"To be threatened by the coach to lift Vonk's suspension, failing which he would tender his resignation, is unprofessional and totally unacceptable and by any employee let alone the head coach of the club. I had no choice but to accept his resignation."

The statement added Vonk was suspended over a serious charge of misconduct, pending an investigation.

Ulderink, 50, handed in his resignation a few hours prior to the club's trip to Bethlehem to face Free State Stars where they were held to a 2-2 draw.

Ajax Cape Town coach Andries Ulderink has told the club he will not renew his contract with the team even if he guides them to promotion to the Absa ...
Sport
2 years ago
Next Article