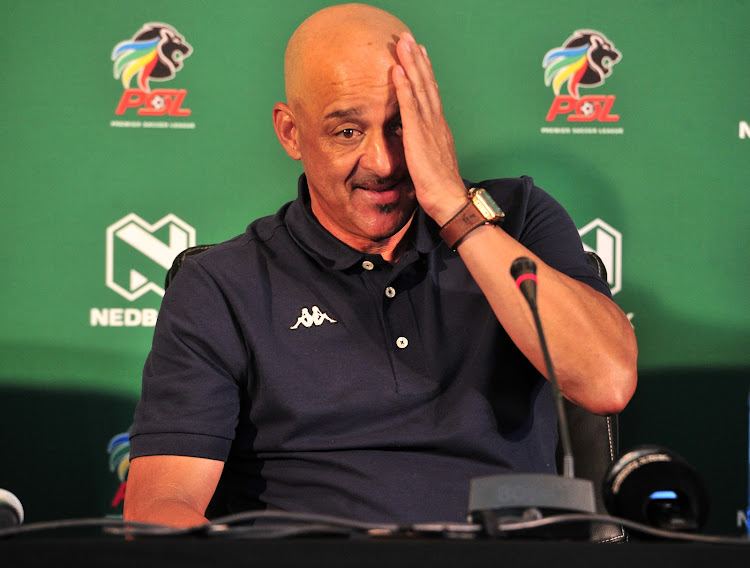 Owen da Gama has appealed to the real Highlands Park supporters to stand up and back the struggling side after another disappointing defeat at the weekend.

Da Gama's charges have conceded 10 goals and replied with two in the last three matches‚ a run that has served to fuel speculation that his future is becoming increasingly uncertain.

“You’ve got supporters and you’ve got fans‚” said Da Gama after the latest setback.

“I think we need to distinguish that. I believe there are supporters that will support the entire team when things are not going well.

“And that’s what you expect from the supporters.

“Some people just sort of assume things and so on‚ but in all fairness we’re really going through a bad patch.

“And to the fans‚ all that we can ask for them‚ I mean we were in the cup final (MTN 8)‚ from the NFD and we broke six records.

“Now we were very happy that the supporters were behind us‚ but there also speed bumps in football.

“So we just appeal to them to say ‘this is the time when the players and the technical team really need their support’. They must show that they’re true supporters.

“You can’t just have things your way as a supporter all the time. Sometimes it’s like a child. If your child fails at school you can’t abandon your child.

“You try and pick up your child and encourage your child. And that same child goes on to become a doctor.

"So I think we need the support and we’ll certainly appreciate it.”

Da Gama said he was happy that they will have two weeks to work on their problems and possibly get the injured players fit before their next home fixture against Baroka FC.

But more importantly‚ Da Gama will need the true club supporters to come in their numbers to encourage his struggling team.