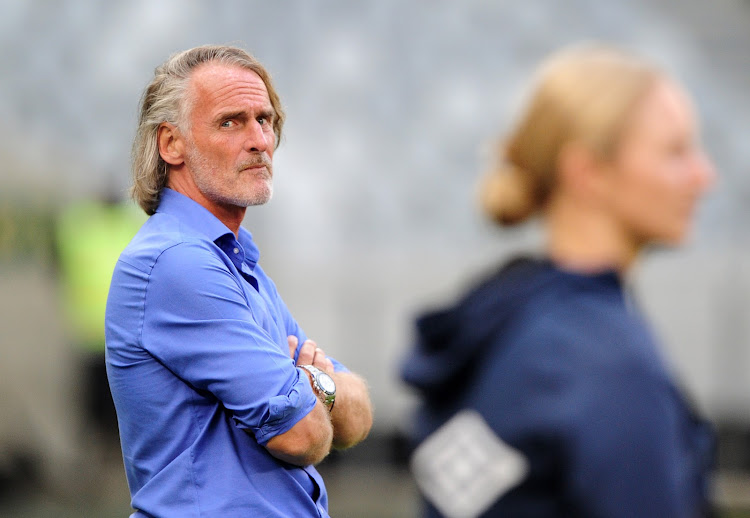 The Citizens have been flirting with relegation for the large of the campaign so far and Olde Riekerink believes that a proven goal scorer may be a solution to their problem in front of goals.

City are sitting dangerously on 13th spot on the Absa Premiership standings with just 17 points from 18 games and they face on-form and fourth-placed Bidvest Wits at Cape Town Stadium on Saturday night (kickoff 8.15pm).

Olde Riekerink has made no secret of the fact that he is seeking a striker to take the heat off Kermit Erasmus who has been in and out of the side through injury this campaign.

“I speak to the chairman John Comitis on a daily basis and there will always be opportunities to sign players. But they have to be better than our players and they have to fit in the spots we are looking for‚” he said.

“Obviously‚ we are looking for a striker‚ but again we have a lot of players who can play in a two-striker system. So it is not only about you put a striker and then the problem is solved.

“We also have good players‚ I have tried a lot of players as a striker‚ but some players it is difficult to play with the man in the back and they need more space. It has not been easy to find.”

Wits are coming off a 3-2 victory at home to Bloemfontein Celtic last week and have an enviable record away – with eight wins and three draws in their last 11 Absa Premiership matches on the road.

Their previous defeat was at AmaZulu in March last year‚ while they are unbeaten in three previous league visits to play City‚ with two wins and a draw.