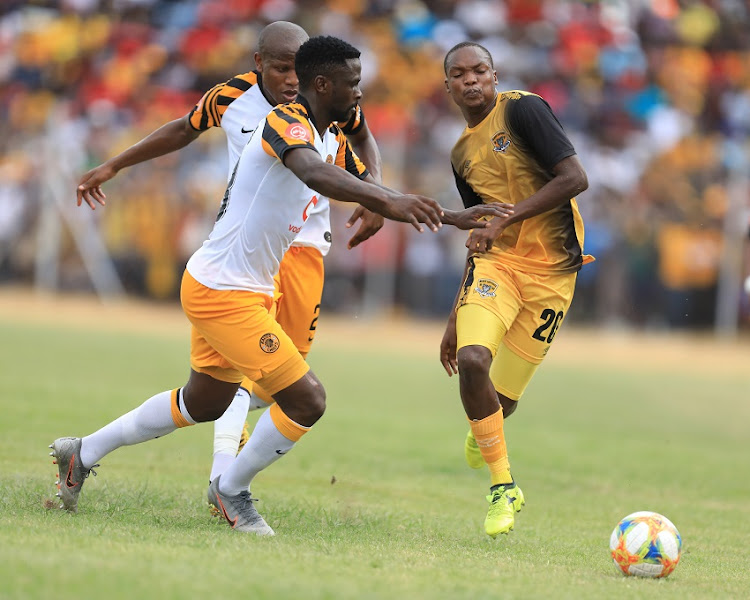 Black Leopards held Kaizer Chiefs to a 1-1 draw in their exciting Absa Premiership encounter at Thohoyandou Stadium on Saturday.

Despite the share of the spoils, Chiefs remain top of the standings with an advantage of ten points and they remain firm favourites to lift the league championship at the end of the season.

Leopards and SuperSport United exposed some of Chiefs’ deficiencies by taking five points from them since the turn of the year but they remain in firm control of their destiny.

Since they returned from the Christmas break, Amakhosi have dropped five points from four matches and Chiefs coach Ernst Middendorp will hope that SuperSport United do them a huge favour by taking points from Mamelodi Sundowns during the Tshwane derby at Luccas Moripe Stadium on Sunday.

While Chiefs remain at the top, Leopards have moved one place to 14th but their mission staying clear of the danger zone remains a momentous one.

It was a bold move that was aimed at neutralising the speedy and ball playing Leopards attackers at their natural habitat of Thohoyandou where visiting teams have struggled to in the heat.

They repaid him with a solid shift against this Chiefs side that was looking to stretch the gap at the top to twelve points and make it difficult for second placed and defending champions Sundowns.

Chiefs started the match positively by creating the early as they made their intentions of the getting three points clear and they took their advantage of Leopards’ failure to settle in the game.

With one of their early forward forays, Chiefs forced Leopards into a mistake when Robert N’gambi was judged by referee Luxolo Badi to have handled the ball outside the box from a shot by Bernard Parker after eight minutes.

Amakhosi took a deserved lead two minutes later when the highly impressive Serbian striker Samir Nurković rose above everyone in the box to head home a well-taken corner kick from Lebogang Manyama.

The opening goal turned out to be Nurković’s tenth of his maiden PSL campaign at the club where he has been a revelation in Middendorp’s attacking system that uses height to open up opposition teams.

Chiefs continued to create scoring chances but their attackers in the form of Manyama, Leonardo Castro, Parker could not find their way past the alert Leopards goalkeeper Jonas Mendes.

In one of the few notable attacks by Leopards, Chiefs conceded a free kick on the edge of the penalty box when Willard Katsande brought down Mwape Musonda and they were dully punished by Mogakolodi Ngele.

From the resultant free-kick, Ngele curled the ball over the Chiefs defensive wall and beyond the outstretched hands of desparate Chiefs goalkeeper Daniel Akpeyi who had no chance for the equaliser.

Ngele’s well-taken free kick injected some life into their work as they upped the tempo and they engineered a few attacks on Chiefs and the eventful second half could not produce goals as they settled for the share of the spoils.