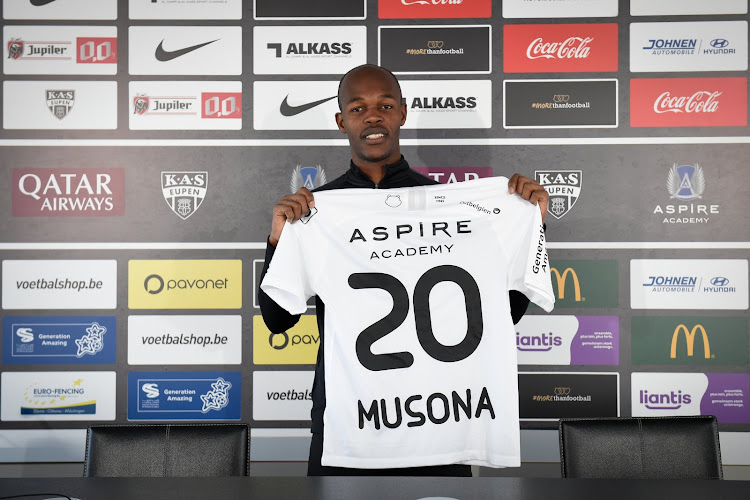 Former Kaizer Chiefs striker Knowledge Musona‚ who was apparently a target of Mamelodi Sundowns in the January transfer window‚ has found another club in Belgium‚ signing for KAS Eupen on Friday.

Eupen announced the signing of the Zimbabwean goal ace on social media.

SowetanLIVE had reported that Sundowns had approached Musona for his signature as he sought a move from Anderlecht‚ following an unhappy one-and-a-half years there.

But Musona then appeared on trial at Eupen.

“I got to know the club and the team in the training camp in Doha and this week‚ and during the training in Eupen and I got a very good impression‚” Musona was quoted as saying on the club’s official website on Friday.

“I feel good here and hope to have some time in Eupen and to be able to support my teammates. The friendlies against Ajax Amsterdam and PSV Eindhoven were a good start.”

Musona had spent the past six months on loan at Lokeren‚ where he played just six league games and scored one goal.

As a teammate of Bafana Bafana midfielder Andile Jali’s at Oostende Musona had some success‚ scoring 35 goals in 103 appearances over three years.

This was after a less successful spell in the Bundesliga with Hoffenheim.