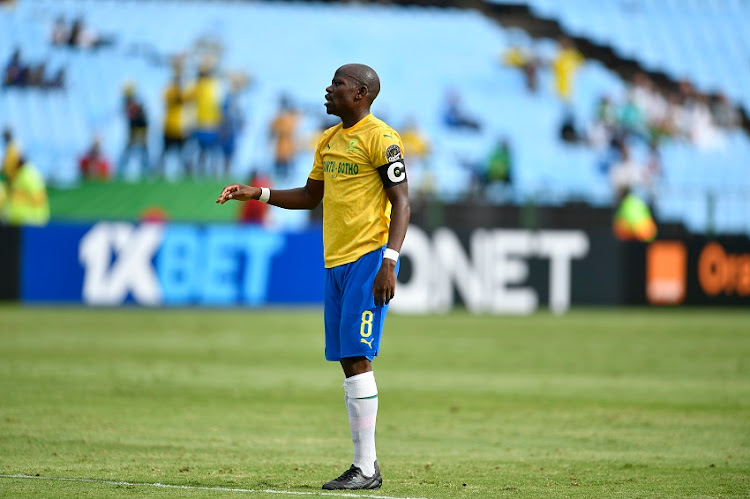 Hlompho Kekana expects fireworks when Mamelodi Sundowns face Orlando Pirates at Orlando Stadium on Wednesday night in a game that could give some clarity on the destiny of the Absa Premiership title this season.

Second-placed Sundowns are chasing a third successive title‚ which would take them to 10 league titles‚ but Kaizer Chiefs‚ who are nine points clear at the summit‚ appear to have their destiny in their own hands and are favourites at the moment.

A Sundowns defeat would also draw third-placed SuperSport United into title contention‚ especially if Matsatsantsa win the Tshwane battle against the Brazilians at the Lucas Moripe Stadium on Sunday.

SuperSport are 10 points behind Amakhosi and together with Bidvest Wits‚ who entertain Bloemfontein Celtic on Wednesday‚ are seen as dark horses.

“Yah sure‚ I think the season always come with different challenges‚” said Kekana.

“I remember last season we worked hard to beat Pirates to the title.

“For us it’s one of those matches where we have to look after and take care of the opponents because we know the importance of not failing in the match at this time of the season.

“Each point is important to the last‚ so we’re much aware of the situation we’re in at the moment.

“But I still say we have a lot of football to be played.

“There are still 14 games to go‚ so it’s for us to really try and make sure that we stay close to everyone and not lose track.”

Against a Bucs side that is yet to taste defeat under new German coach Josef Zinnabauer‚ Kekana admitted their task would not be easy with their talisman Themba Zwane suspended for the game.

“We’re much aware of the danger they pose to us‚” said the Sundowns skipper who recently celebrated his 300th games in Brazilians colours.

“This time around it’s a different match altogether because the team has changed and they have a new coach.

“We just want to go there and try to win our match. But as I said‚ it’s not going to be easy. It will be a very challenging match for both teams.”

A meeting against Bucs in Orlando always brings great memories for Kekana and many will remember when he caught Wayne Sandilands off his line with a long range thunderbolt that he took from inside Sundowns’ half.

“You enjoy those moments when you do and bring the points for the team‚” said Kekana of the league game they won 2-1.

“For us it is to go there and give the performance to the supporters and not forget to enjoy ourselves.

“We’re in this game to create these special moments.”

Sundowns go to Soweto will lots of confidence having won three times in Orlando in the five league games they played against Bucs in the last five seasons.

The two league games between these sides ended in thrilling goalless draws last season‚ something that is unusual and unlikely to be repeated on Wednesday.