Pirates the perfect fit for Zinnbauer 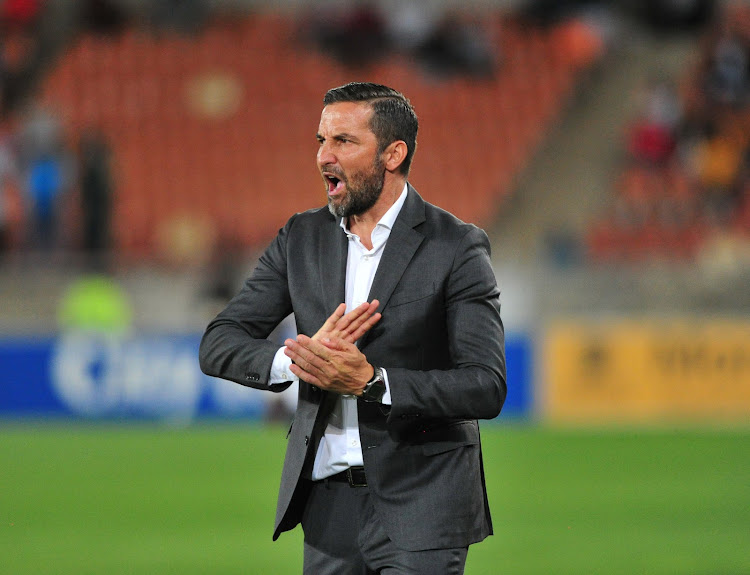 Orlando Pirates coach Josef Zinnbauer has given some insight into how he beat a host of other candidates to land the job at the Buccaneers.

To the surprise of many, the little-known German was announced as the coach early in December. Prior to taking up the position, Zinnbauer had been clubless since 2017 when he left St Gallen in Switzerland.

"My cellphone rang and on the other line someone said 'Hi I'm from Pirates'. My agent called me and said I can go to South Africa," he said at the club's media day yesterday.

"Six weeks before that I had an offer from another team in Africa but I said no. Pirates is a good club and that was important for me."

He further added: "We had a good meeting before coming to Pirates and signed my contract. It was a good feeling I got with the chairman [Irvin Khoza] and the guys that make up the club [club management]. They had the right questions for me."

It remains to be seen if Zinnbauer can succeed where Eric Tinkler, Milutin Sredojevic and Rulani Mokwena before him failed to do, which is to bring silverware to the club.

Despite not being a well-known entity in SA, the 49-year-old insists that he was in demand as a tactician.

How Orlando Pirates 'season of redemption' turned into disaster

"In the last seven months I had 10 offers from Cyprus, Turkey and other countries. I had a good feeling for this [joining Pirates]," he said.

Bucs are unbeaten in the three games the new mentor has been in charge after a draw and two wins. Zinnbauer faces his toughest test yet against defending league champions Mamelodi Sundowns at the Orlando Stadium tomorrow (7.30pm).

"We have nothing to lose against Sundowns. We are not the favourites in this game but we have a good team.

"We can't just say come here, take the three points ... we will fight and put a good performance for the supporters."