Bloem Celtic fight back to earn a draw against Orlando Pirates 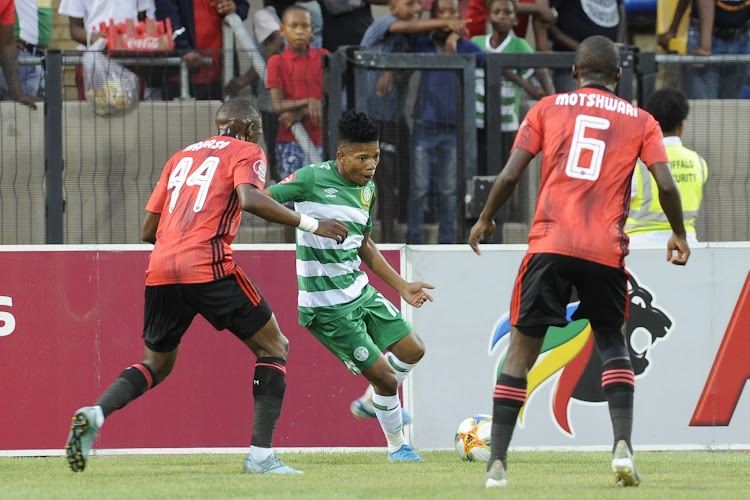 Orlando Pirates had a lead but seemed to have no intention of, or idea how to, ram home the advantage as Bloemfontein Celtic deservedly found a late equaliser to earn a 1-1 Absa Premiership draw at Dr Molemela Stadium on Saturday.

In a match played on a slippery surface, in intermittent rain, Gabadinho Mhango put Pirates ahead in the 14th minute as they dominated the first half, and new coach Josef Zinnbauer seemed headed for a second victory in succession at the start of his tenure.

For some reason, though, Pirates came out conservative from the break and Lehlohonolo Seema’s industrious Celtic produced some good chances, eventually midfielder Siphelele Luthuli connecting in a fine strike from range in the 81st.

Pirates created the clearer chances of the opening half, though a defence caught out of position on a few occasions did also provide Celtic a sight at goal, the ball just not falling for the home team.

Moments later Bucs had the lead, as Shonga’s deftly-placed side-footed a chip over the top for Mhango to run through free and get the touch in under Mabokgwane.

Shonga’s free-kick from the left was palmed onto his uptight by Mabokgwane.

A free-kick on the right for Celtic early in the second half was cleverly played by the dangerous Ndumiso Mabena with an early pass down the flank to Menzi Masuku, who forced a save from Wayne Sandilands.

Pirates appeared intent on consolidation, but overly-so given the single-goal advantage. In the 72nd substitute Andile Fikizolo collected a clearance from a corner in right midfield and weaved through Bucs, striking powerfully to force a save from Wayne Sandilands.

A goal seemed to be coming for Celtic, and they deserved it too, when in the 81st minute Ben Motshwari’s stray pass on the right of his area gifted the ball to another sub, Victor Letshoalo.

He advanced and found a pass across Bucs’ box to midfielder Luthuli, who struck a scorcher past a diving Sandilands into the top-right corner.