Rulani Mokwena is still with us, say Bucs 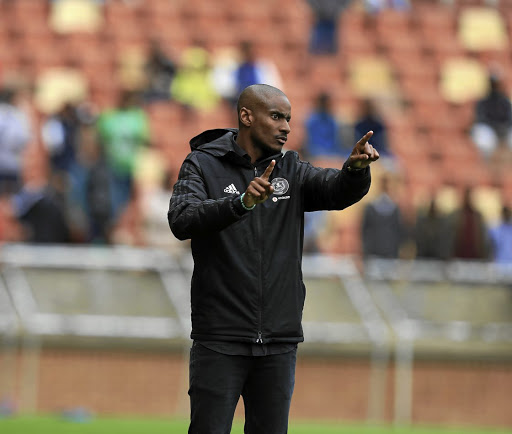 Rulani Mokwena is on leave, not 'redeployed', as some fans think.
Image: Philip Maeta/Gallo Images

Orlando Pirates boss Floyd Mbele has reassured supporters that Rulani Mokwena still has a future at the club.

He said the club had taken Mokwena's request for days off at face value.

"If somebody applies for leave then it's an internal HR matter," he said.

"If you apply for leave then the club cannot ask you why you want to take leave."

Pirates wished Mokwena a happy birthday on social media yesterday as he turned 35.

With Zinnbauer having hit the ground running working alongside second assistant Fadlu Davids, some suggestions have been that Mokwena could be redeployed to another position within the club.

Orlando Pirates coach Josef Zinnbauer has said his players are starting to get to grips with his philosophy after the Bucs dished out a near-perfect ...
Sport
1 year ago

Attempts to contact Mokwena were unsuccessful as he was said to be abroad.

The Buccaneers appear to be finding their feet under German Zinnbauer, who has returned two wins and a draw.

They recorded their biggest win in more than a year with a 4-1 demolition of Polokwane City away from home. The last time the team scored that many goals was when they beat AmaZulu last February.

Their next game is against rivals Mamelodi Sundowns at Orlando Stadium on Wednesday.

Zinnbauer said he was looking forward to the clash against the defending league champions.

"Sundowns is a different opponent and play a different system. I hope that we prepare the team so well that we get a point or more from them," he said.

The 49-year-old added that he was not preoccupied with chasing down leaders Kaizer Chiefs, who are 14 points ahead of them.

"We looking from one game to the other game. It's not possible now to speak a lot about it. The players must work hard with me and we will see what comes in the next months."

Orlando Pirates coach Josef Zinnbauer will aim to stabilise a Buccaneer ship that had hit rough seas in the opening half of the 2019-20 season.
Sport
1 year ago

Coaches in the PSL: 27 and counting so far this season

We are barely at the halfway point of the season and already there have been 27 coaches who have manned the dugout at the 16 Premier Soccer League ...
Sport
1 year ago

New Orlando Pirates coach Josef Zinnbauer says he has been welcomed with open arms by his technical team.
Sport
1 year ago
Next Article