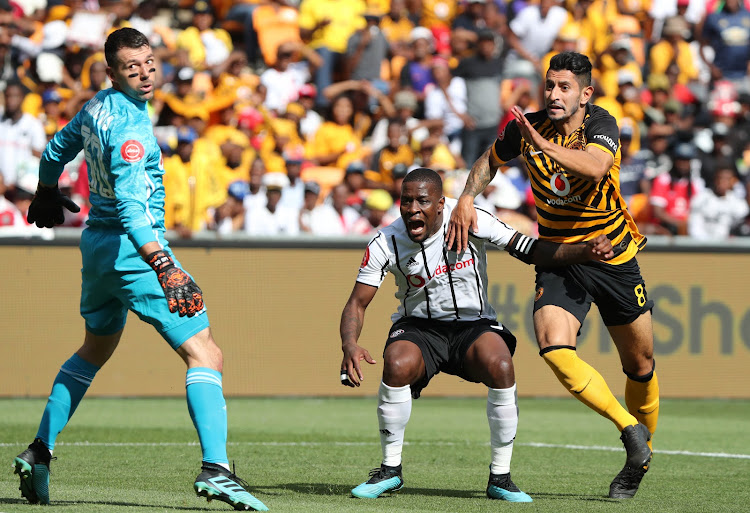 Ntsikelelo Nyauza of Orlando Pirates challenged by Leonardo Castro of Kaizer Chief cause a foul for an own goal during the Absa Premiership 2019/20 football match between Kaizer Chiefs and Orlando Pirates at Soccer City, Johannesburg on 09 November 2019.
Image: ©Gavin Barker/BackpagePix

Orlando Pirates’ 2017-18 jersey and Kaizer Chiefs’ current shirt have found themselves on a list of the world’s “Top 30 Football Shirts of the Decade”.

Chiefs’ current jersey has received another plaudit‚ being named by the football design-emphasis magazine and website Soccerbible as their 13th-best jersey of the 2010s. Pirates' 2017 jersey came in even better at eighth.

Amakhosi’s 2019-20 season jersey‚ with it’s black sleeves and maze of hypnotically cross-blending stripes in front‚ was met with initial skepticism when it was launched in July. It was compared to Chiefs’ much-mocked “zebra” kit of 2011 to 2013.

It has since become a hit with the Amakhosi faithful‚ though. The jersey made not just UK-based Soccerbible.com’s top 30‚ it was also in the top half at 13th.

Beating that‚ though‚ was Pirates’ strikingly simple black with a white three-striped shoulder Adidas jersey – similar to Liverpool in the early 1990s – from their 2017-18 season in eighth place. The website said of the jersey: “Oh‚ man. Those EQT stripes on the shoulder. Proper 1991 Liverpool vibes‚ only even better because it's in black and belongs to pirates. Badass.”

The picks of the two great Soweto clubs’ jerseys is made more impressive because Soccerbible is not just a football website and magazine‚ but one with an emphasis on design features of football kit‚ boots‚ equipment and apparel.

Soccerbible did make reference to the unusual and brave nature of the Chiefs jersey’s design‚ describing it simply in one short sentence as: “As ballsy as it is absurdly trippy.”

In making the website’s top 30 for the 2010s‚ Chiefs and Pirates found themselves among prestigious company as two of three African representatives on the list. 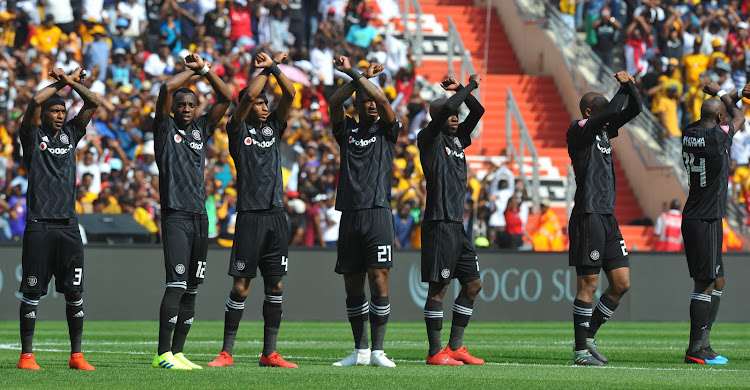 The third was Nigeria’s simply beautiful 2018 World Cup kit‚ which came in at second‚ described as: “The greatest World Cup shirt of this millennium.”