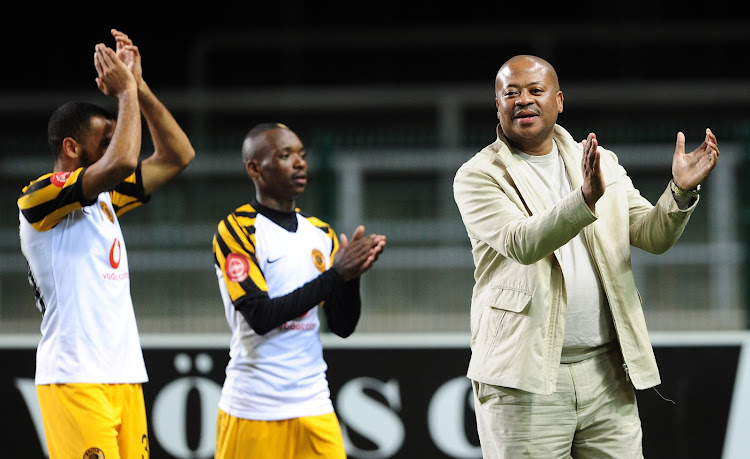 Kaizer Chiefs’ football manager Bobby Motaung has praised his team’s famous supporters for their resurgence in spirit that matched Amakhosi’s apparent revival in form in the second half of 2019.

Chiefs return from the Christmas break with their Absa Premiership game against SuperSport United at Mbombela Stadium on Saturday evening (kickoff 6pm).

Fans of the country’s and one of Africa’s biggest-supported teams can be demanding. They have often pilloried their team on social media and radio call-in stations as Amakhosi have gone an unprecedented four seasons without silverware.

In a sign that‚ for now‚ the love affair is restored Motaung praised Amakhosi’s fans for the manner in which they got behind the team again as Chiefs stormed to the top of the Premiership by the Christmas break.

“The supporters responded in a big way. They really came on board for the team. And for their role all‚ applause must go to them‚” Motaung said.

In a sight almost unheard of in the often poorly-attended PSL‚ Chiefs were part of three sold-out matches out of four in the space of three weeks in October and November. Amakhosi beat Mamelodi Sundowns in front of a full Loftus Versfeld in the league (2-0)‚ then beat Orlando Pirates twice in sold-out venues – once in the Telkom Knockout on penalties at Moses Mabhida Stadium in Durban‚ then at FNB Stadium in the league (3-2).

Chiefs’ run of form in 2019-20 has been unexpected given they finished ninth in the PSL in 2018-19. Their defeat against First Division TS Galaxy in the season-ending Nedbank Cup final took Amakhosi to a fourth campaign without silverware.

“It was unfortunate to lose that match but we’re focusing on the future now‚” Motaung told his club’s website‚ KaizerChiefs.com.

“We didn’t get discouraged. We’ve been in this game for a while and have the full understanding of its ups and downs.

“This season we embarked on a journey of change. We started off with a team camp of a different kind [in Hammanskraal]‚ [which] emphasised on developing teamwork and camaraderie among the team.

“We have started well. We are happy with the progress so far but we are experienced enough to know the journey is still on.

“ … All this hopefully was a good 75th birthday gift to the chairman [Kaizer Motaung] and 50th anniversary gift to the Club. All this powered by the supporters and the energy they bring to the stadium.”

Chiefs turn 50 on January 6‚ and are offering free tickets (two per person to fans providing their IDs at Computicket outlets) for their home PSL match against Highlands Park at FNB on Saturday‚ January 8.