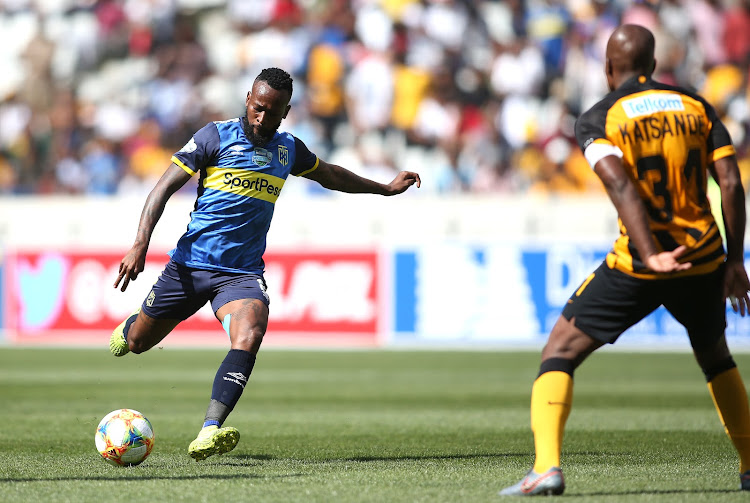 Mpho Makola should know this week whether his appeal against his six-month ban has been successful.

A decision from the South African Football Association’s (Safa) appeals board is due to be made this week after they sat last week to hear from both the player‚ his club Cape Town City and the Premier Soccer League (PSL)‚ who handed down the stiff sentence one month ago.

Veteran midfielder Makola is appealing against the length of the sentence while his club used the opportunity of appearing in front of Safa to object to the torrid grilling that the 33-year-old had been subjected to by PSL prosecutor Nande Becker.

City had called it aggressive and said the PSL prosecutor had “emotionally and intellectually badgered” Makola.

The PSL handed down a six-month ban for assaulting referee Abongile Tom during City’s Telkom Knockout tie against Kaizer Chiefs on October 19 where he shoved the match official in the chest after Chiefs were awarded a penalty.

But he was only booked for the offence at the time.

“We are right behind him‚ in terms of giving him the best advice and support he needs‚” City owner John Comitis said‚ adding the assault charge was wrongly intended.

“We also believe the sentence he received was way over the top.”