Refs under fire: The biggest blunders in the PSL this season 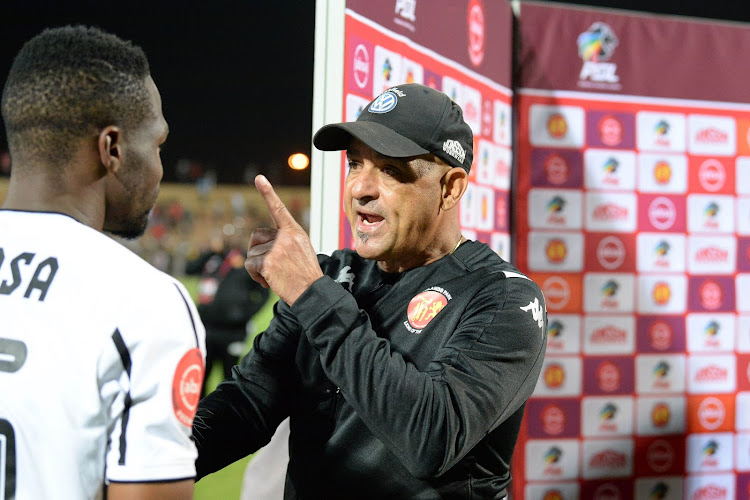 Tuesday’s farcical (non) offside call in the 1-0 victory for Orlando Pirates over Highlands Park has deepened the crisis swirling around match officials in the Absa Premiership this season, and is only the latest in a string of questionable decisions.

Coaches have been ranting to the media about their unhappiness over the officiating, but it shows no sign of improvement and the Premier Soccer League prosecutor, Nande Becker, is starting to flex his muscles in pushing for their silence.

If anything, the incidents are getting worse and there are now weekly debates about questionable calls. SowetanLIVE looks at the most controversial decisions so far this season:

Tshegofatso Mabasa was sent clear of goal with a little more than 10 minutes remaining and slid the ball under an on-rushing Thela Ngobeni in the Highlands Park goal, who perhaps also erred in leaving his line.

The only problem? Mabasa was probably two to three metres in front of the last defender when the pass was made, as clear an offside as you will see.

Assistant-referee Buyisile Ngqambiyana, who was in line with the striker and not the last defender, as he should have been, momentarily hesitated, but did not raise his flag and reigning PSL referee of the season Abongile Tom did nothing to overrule him.

Pirates claimed a much-needed victory, just their third in their last 12 games.

Ngqambiyana has been a PSL assistant-referee only since January this year.

Adding to Highlands coach Owen da Gama's seemingly legitimate complaints, Mabasa should have been sent off for a studs-up challenge on Lindokuhle Mbatha in the first half.

Cape Town City coach Benni McCarthy said after this clash that referee Abongile Tom may as well have been wearing a Kaizer Chiefs shirt, but in truth his side were incredibly fortunate not to go down to 10 men.

After Tom had rightly awarded Chiefs a penalty for handball, he was manhandled himself when City midfielder Mpho Makola grabbed him and then shoved the referee in the chest.

Makola picked up a yellow card, but it most definitely should have been red as Tom let him off the hook.

Although Tom started refereeing in the top-flight last season, and got the Nedbank Cup final, he has featured much more regularly this season.

While he might not like giving out red cards, he loves a yellow and has dished out an incredible 38 in his past five matches alone.

Mamelodi Sundowns won this match 2-1, but coach Pitso Mosimane felt his side should have had a penalty for what appeared a clear handball offence, his annoyance sparking his infamous words: “When it’s [Kaizer] Chiefs, it’s always a penalty – it was a penalty for Chiefs yesterday.

“I must get a penalty also, I must benefit. Chiefs is benefiting from the mistakes of referees – it’s not about Chiefs, I’m highlighting the realities. It is true, no matter what.”

Referee Cedrick Muvhali has not officiated in the top-flight since.

Chiefs won this game 2-0, but with the score still at 0-0 in the 73rd minute, assistant-referee Mervin van Wyk flagged AmaZulu’s Talent Chawapiwa offside when he was clearly on, and a goal was disallowed.

It was the second questionable offside call by Van Wyk against Usuthu in the game, though the Safa referees' review committee cleared him on the first one.

He was suspended for four weeks for the bad call in the second instance, but should be just about ready to return to the sidelines.

Van Wyk also had his nomination to the Fifa international panel of match officials withdrawn.