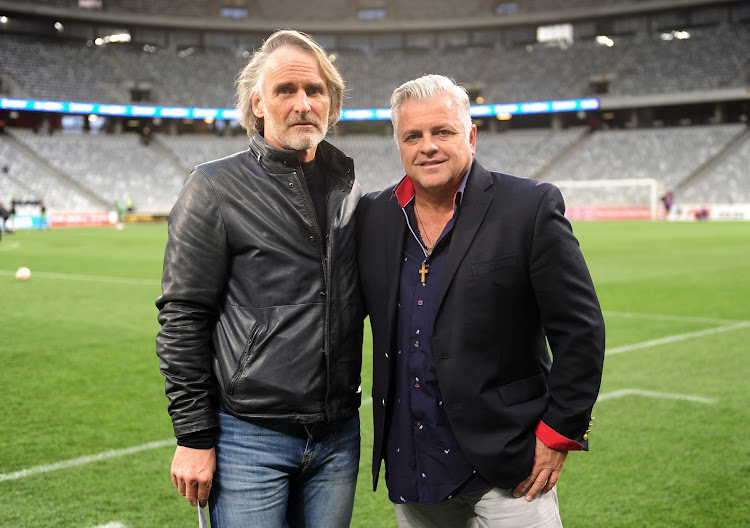 Cape Town City may feel that in many ways their Absa Premiership season starts now as they prepare to travel to Bloemfontein Celtic on Wednesday with an unbeaten away record against Phunya Sele Sele.

City officially start life under new Dutch coach Jan Olde Riekerink‚ who will sit on the bench for the first time‚ having had 16 days since their last fixture to get used to the former Ajax Amsterdam tactician’s methods.

It has been a turbulent campaign to date‚ with just two wins in 11 Premiership matches‚ first round exits in the MTN8 and Telkom Knockout‚ and the axing of coach Benni McCarthy‚ who was both popular with players and fans alike.

But there is a chance for Olde Riekerink to come in with a new broom and take what is a highly skilled‚ yet underachieving‚ squad up the table.

The new coach‚ who has also been in charge of Turkish giants Galatasaray‚ admitted on arrival that results will trump style until he has moved the team away from the relegation zone.

“I have trained so much abroad and it comes down to the fact that you have to win the game. It is not only about playing good football‚” Olde Riekerink said.

“I have watched a few [City] matches. They did not play bad‚ but I see opportunities to grow them.

"This [squad] is a combination I think‚ between [young] talent and players who already have the skills.”

Olde Riekerink has increased the number of training sessions for the players and asked for more intensity.

His reign starts officially at Celtic‚ where City have a win and two draws on their three previous visits‚ though the last of those became infamous when Phunya Sele Sele fans forced the abandonment of the game. It was awarded 3-0 in City’s favour.

The club have not won any of their last seven away matches‚ dating back to April‚ and lost their last two‚ both by 2-1 scorelines‚ at AmaZulu and Black Leopards.

A leaky defence has been part of their problem this year‚ but they remain strong at home and if Olde Riekerink can find the right formula to start picking up victories on the road then he will see that improvement up the table quickly.

While City have been poor on the road‚ Celtic have been strong at home.

Their last seven matches in front of their own fans have resulted in five wins‚ a draw and a single defeat to Mamelodi Sundowns in August.