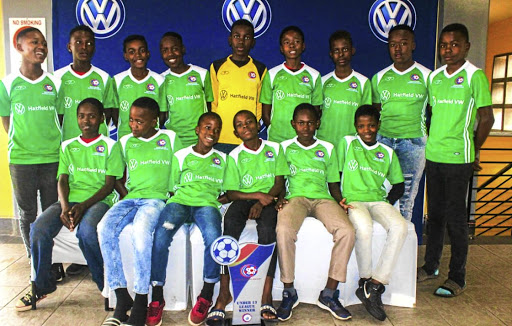 Tembisa Sports Centre walked away with most of the awards yesterday. / supplied

Sinky Mnisi has once again paid tribute to Hatfield VW from Pretoria for assisting the Tembisa United Football Association (Tufa) in making sure football development takes place in Tembisa.

The motoring giant sponsors both Tufa and Highlands Park - the PSL side which Mnisi serves as both director and shareholder. Tufa had its annual awards ceremony at Makhulong Stadium yesterday, where the teams that play in the Under-13, 15 and 17 were presented with cash incentives, full kit and medals.

The top-three winners in the Under-13 division were New Generation FC, Tembisa Sports Centre and Community FC.

The SA Football Association (Safa) will announce a new technical sponsor in the coming weeks after the expiration of the deal they had with Nike at ...
Sport
2 years ago