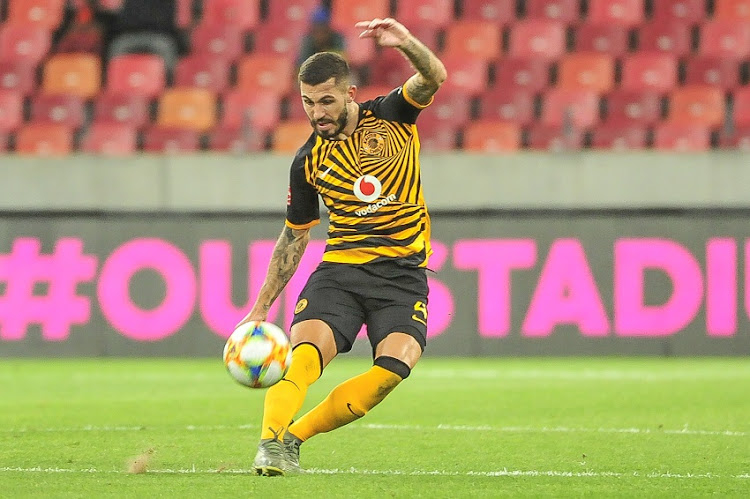 Daniel Cardoso admits centreback might be a tricky position to fill for Kaizer Chiefs in the absence of his rejuvenated central partner Erick Mathoho in Amakhosi’s Telkom Knockout semifinal against Maritzburg United on Sunday.

Chiefs‚ desperate for a cup final place so they can challenge for silverware after four seasons without a trophy‚ have three key players suspended for Sunday’s cup tie at Mbombela Stadium in Nelspruit.

Mathoho‚ back on form‚ has been a key figure in Chiefs’s early winning spree that has seen them being top of the Absa Premiership.

The Bafana Bafana centreback was red-carded at the end of Amakhosi’s thrilling 3-2 league Soweto derby win against Orlando Pirates in their last match.

Cardoso said Chiefs have shown this season they have depth‚ so should be able to absorb the absences.

“Ja‚ look it’s a big blow that we’re losing three players. They’ve been very important for us. And again‚ it’s down the spine of the team‚” Cardoso said on Thursday.

“But like I’ve said before – we’ve got players to fill their shoes.

“We’ve got Kearyn Baccus who’s back now and fit and available to play [for Katsande in midfield]. You’ve got George Maluleka – he’s been in and out‚ but he’s always fit to play.

“And partnering for centreback is a bit of a tricky one. There is Yagan Sasman – he’s played centreback‚ he’s a left-sided fullback.

“You’ve got Lorenzo Gordinho who is still there. I’m sure he’s itching to play. And if he gets his chance he’ll give it his all.

“So it’s a big blow for us. But we’ve done it before. We played Chippa United two weeks ago and made eight changes‚ and the team put in t a solid performance [winning 2-0 in Port Elizabeth].

“I mean‚ you’re giving players a chance who haven’t played in a while‚ and they’re hungry to play.

“And anyone who comes in will step up to the plate. And it’s a semifinal – we want to get though to the final and win our first silverware this season.”

It is not clear yet whether Chiefs will recall centreback Siyabonga Ngezana from the Under-23 Africa Cup of Nations in Egypt‚ where South Africa need to beat Ghana in Friday night’s third-place playoff to reach the 2020 Olympics.