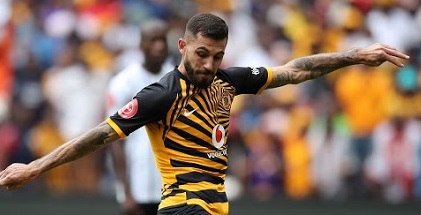 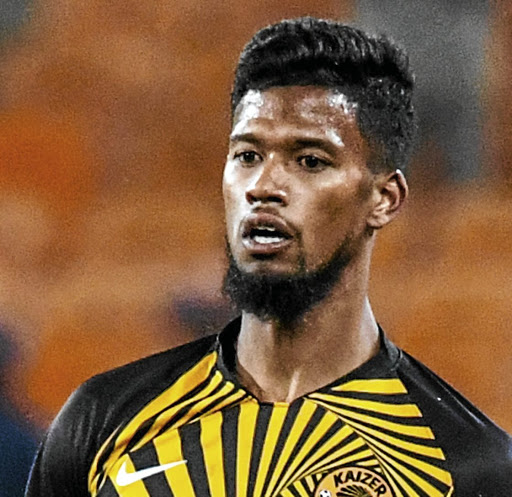 As they've been in bullish form, topping the standings, Kaizer Chiefs defender Daniel Cardoso seems to have a notion their early dominance has triggered some aversion from fellow top-flight clubs.

Cardoso is of the strong view that all the top-flight clubs would be vouching for Maritzburg United when the two sides battle for a spot in the Telkom Knockout final at Mbombela Stadium on Sunday (3pm).

"Yesterday [on Wednesday] I said to one of the players that when it comes to Sunday, we're not playing only Maritzburg, we're playing against all the other PSL teams because I am sure every team will be sitting and wanting Maritzburg to win," noted Cardoso yesterday.

On the on-field matters, the astute Cardoso remains unflustered by the absence of his regular partner at the heart of defence Eric Mathoho for Sunday.

Aggravating Chiefs' central defence conundrum is that primary understudy centre-back Siyabonga Ngezana is also away with the SA Olympic team at the ongoing Under-23 Africa Cup of Nations in Egypt.

Daniel Cardoso admits centreback might be a tricky position to fill for Kaizer Chiefs in the absence of his rejuvenated central partner Erick Mathoho ...
Sport
1 year ago

Mathoho, who has missed just one of Amakhosi's 13 games across all competitions thus far, is suspended for the TKO clash after he was red-carded in a league match against Orlando Pirates a fortnight ago.

"I think everyone is ready to play; everyone will put their hands up. It's an opportunity for someone to step in.

"It's unfortunate that Mathoho is suspended; we've been making a good bond and playing together very well," said Cardoso.

"But we've got the likes of Lorenzo Gordinho, Yagan Sasman... we have cover in all the positions, so we do the same things at training as we do in a game. I mean, when we played Chippa United, we made eight changes and it didn't really affect us. As long as we stick to our game plan, I think everything we'll be fine."

While Bruce Bvuma should start in Daniel Akpeyi's place in goal, versatile Sasman, who's been mainly used as left-back, is likely to be drifted to partner Cardoso in the central defence role ahead of out-of-favour Gordinho.

Siphosakhe Ntiya-Ntiya is odds-on to play at left-back, should Sasman be paired with Cardoso.

Having dispatched of some big-name opposition in the Telkom Knockout, Kaizer Chiefs need to keep their focus in Sunday’s semifinal against supposedly ...
Sport
1 year ago

Mokwena loses cool as his rival rubs it in.
Sport
1 year ago
Next Article