Samir the hero as Chiefs get last laugh 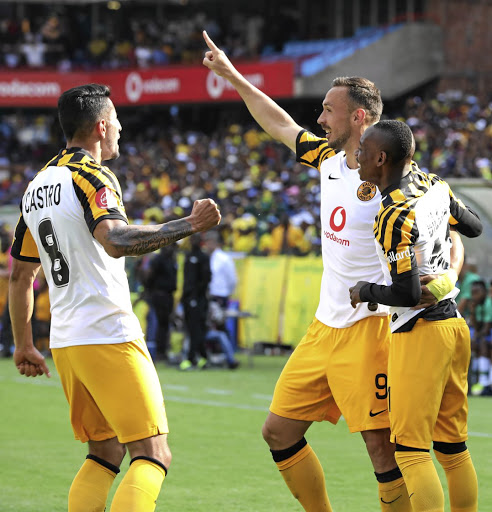 After yesterday's performance against Mamelodi Sundowns, Kaizer Chiefs have erased any doubt there could have been that this is the season that their drought comes to an end.

In a year that marks their 50th anniversary, the sleeping giant appears to have awoken and that was proven by their 2-0 win over the defending champions.

In so doing, Chiefs handed the nine time league champions their first league loss of the season, thanks to a Samir Nurkovic brace. Pretoria came to a standstill as the Glamour Boys came to town for the exciting clash.

Kick off had to be delayed by 15 minutes due to the large number of fans that were still trickling into the stadium.

Chiefs were intent to prove that their 4-2 win in the Shell Helix Cup earlier in the month was not a fluke. A lot was said from both sides going into this match. The ever-growing antagonism between Pitso Mosimane and Ernst Middendorp has added extra spice to this clash.

Downs looked out of sorts in the opening period, especially playing without the influential Themba Zwane who failed a late fitness test.

Amakhosi were quick out of the blocks and may have surprised Downs with their audacious formation of three central defenders and three strikers.

Kaizer Chiefs can give Sundowns plenty to think about‚ says Tau

Mamelodi Sundowns hosting Kaizer Chiefs at Loftus Versfeld in the Absa Premiership on Sunday comes at “the perfect time”‚ with both teams hitting ...
Sport
2 years ago

It was not long before the tactic paid off as Reeve Frosler delivered a cross into the box that evaded all heads and made its way to Nurkovic who bundled the ball into the net in the seventh minute.

Nurkovic was proving to be a handful for the opposition defence and his duel with Mosa Lebusa was one of the storylines of the match.

Many of the Downs players appeared a bit off and it could be that their gruelling midweek match against Highlands Park perhaps left them drained. The visitors smelled blood and were not going to allow a wounded prey to escape from its claws.

In the 78th minute, Nurkovic completed his brace after the ball fell kindly to him inside the box after Dumsani Zuma beat a number of defenders to deliver the assist.

It was definitely not Sundowns' day and it showed by the missed chances and the bounce of the ball not going their way.