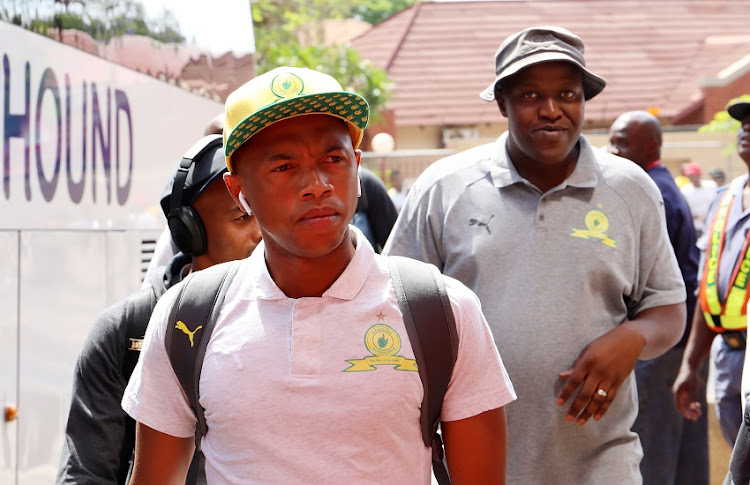 Mamelodi Sundowns coach Pitso Mosimane has praised defensive midfielder Andile Jali for his improved level of professionalism following a turbulent spell that threatened to derail his career at the club.

The 29-year-old Jali was involved in domestic violence allegations in October last year and Mosimane froze him out of the team to sort out his personal problems.

The player was also asked to work on his fitness as he had put on a lot of weight.

He has bounced back with five appearances in all competitions this season and Mosimane is pleased that there are no more off-field issues.

Jali has improved whenever he has been given the opportunity and the Sundowns coach has noticed.

“He is a good player‚ he is working hard‚ his conditioning is good‚ he has sacrificed a lot and he is doing well‚” said Mosimane.

“It took him some time to understand the situation here at Sundowns but now that he understands‚ he is looking good.

"We don’t have any issues with him and it shows that he is looking after himself‚ which is what we want."

Mosimane said Jali had no choice but to work hard on his conditioning as competition for starting places in the defensive midfield role at Sundowns is fierce.

"So‚ he knows and understands that he must get himself fit and as long as he is fit he will play.

“He has shown that he is professional and not a young boy anymore‚ and we are supporting him.

"He knows that we have backed him all the way and it is about time that he gives back to himself and to the club - but he is slowly coming back to his best.

"I sat down with him recently to discuss his performances in recent matches against Black Leopards and Kaizer Chiefs and he is improving like any other player.”

Mosimane also had stern words for the observers who are suggesting that Jali is ready to return to Bafana Bafana.

“We should not link Andile to Bafana guys‚ please‚" he said.

"Let him finish a match here (at Sudowns) first.”

Jali played alongside Hlompho Kekana during the 5-0 demolition of AmaZulu in the Telkom Knockout on Sunday and he is expected to be given another starting opportunity against Highlands Park in the Absa Premiership on Wednesday.