Sundowns coach Pitso Mosimane steps up the mind games: Chiefs is not our big game 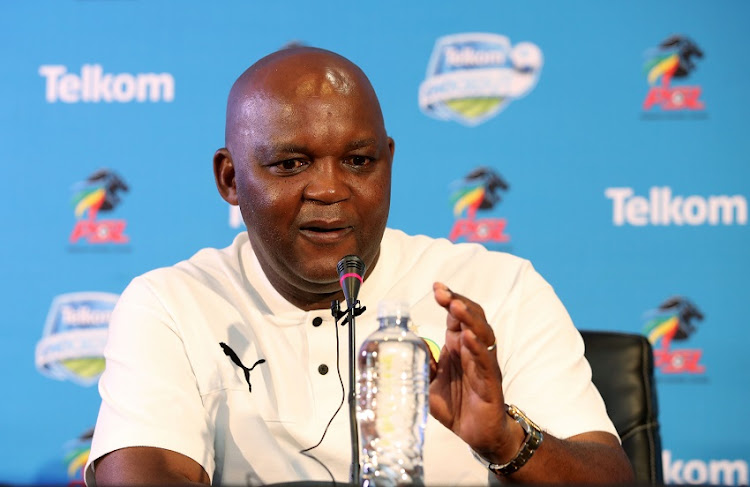 Outspoken Mamelodi Sundowns coach Pitso Mosimane stepped up the psychological warfare ahead of his side's league showdown against rivals Kaizer Chiefs and said the hugely anticipated encounter was not the Pretoria club's biggest game of the week.

Never one to mince his words‚ Mosimane said their meeting with Chiefs at Loftus Stadium on Sunday afternoon is not the most important match this week as it will have no bearing on the race for the league title.

Sundowns host Highlands Park at Lucas Moripe Stadium on Wednesday and the crafty Mosimane said he preferred to turn his focus on the 'big' game against coach Owen da Gama's charges rather than on Chiefs.

“You know how Highlands Park plays‚ they are tough and that game may also get you injuries and yellow or red cards‚” said Mosimane.

“The Highlands game is a big game for us.

"Both games have three points if you win them but if you start focusing on the Chiefs game you are being emotional.

#PitsoMosimane says their clash against #HighlandsPark on Wednesday is a big game and not that of #KaizerChiefs at the weekend. pic.twitter.com/uOGsI3kqcg

"We must win the Highlands Park game because that’s our big game and we don’t have to beat Chiefs to win the league.

"We played (at Lucas Moripe Stadium) last year and never won‚ so we need to get the three points from Highlands and you are not going to get it easy.

"You know ODG (Owen da Gama) has his team tight‚ nobody scores easy against them‚ they are hard runners and they have a few players who played for us and they want to do well against us.”

Mosimane will hope that his players maintain their appetite for goals against Highlands and Chiefs this week after they thumped AmaZulu 5-0 in the Telkom Knockout on Sunday.

Chiefs coach Ernst Middendorp was an interested spectator at Lucas Moripe Stadium on Sunday and perhaps indicative of the building tension ahead of the high-profile match‚ the Amakhosi mentor was booed by the Sundowns supporters after saw him in the stands.

“I didn’t know what was happening.

"I was amazed where the noise was coming from‚” Mosimane said‚ referring to the boos that were directed at Middendorp when he left the stands just before the end of the AmaZulu game.

“I have told the boys after the match that I hope nobody talks about Chiefs because I told you last year that we don’t have to beat Chiefs to win the league.

"Beating Chiefs is about bragging rights and it is a game that everybody is waiting for.

"I will remind you again what I said last year that sometimes you might not win against Chiefs but let’s count the points at the end.

"We are not running the same race and we have to be smart in the next seven days‚” he said‚ with another sprinkling of spice.