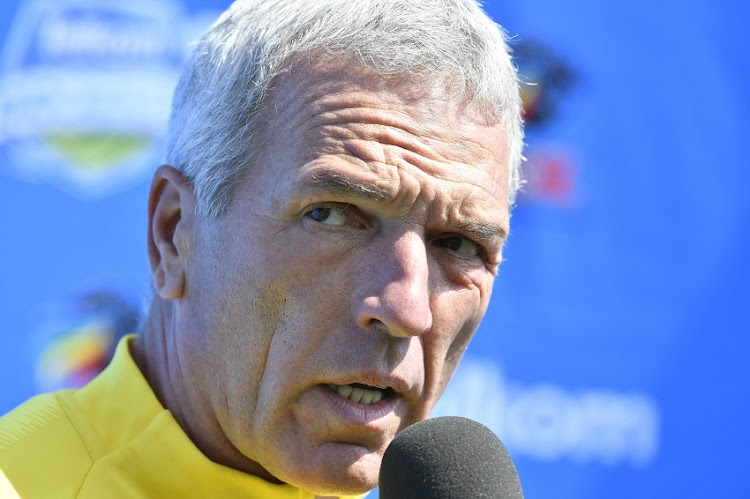 Kaizer Chiefs coach Ernst Middendorp has revealed that he was advised by his medical team to rest four key players with niggling injuries in the two friendlies they played this past weekend.

Middendorp was pleased to also have Lazarous Kambole (Zambia)‚ Happy Mashiane‚ Siyabonga Ngezana (both with the SA U-23s)‚ and Eric Mathoho (Bafana Bafana) back from international duty on the weekend’s Fifa date unscathed.

The next day‚ fielding another starting XI‚ Amakhosi lost 2-0 to Bloemfontein Celtic at Free State Stadium in the Macufe Cup.

“We definitely had a long chat on Friday‚ late afternoon at FNB to say‚ ‘How advisable is it to bring George‚ Reeve‚ Samir‚ and Ntiya-Ntiya?’‚” Middendorp said at Chiefs’ Naturena headquarters on Wednesday.

“The medical department said it was a risk. They said if they can get another four‚ five days’ training‚ starting now‚ we can have an input in terms of loading.

“We decided not to use them in those matches and today they can go into full training sessions‚ meaning they will be available for selection on Saturday.”

Chiefs meet City for the second time this season.

The Absa Premiership leaders fought back from a goal down at the break to a 2-1 victory in perhaps their most impressive win of the 2019-20 league season at Newlands on August 27.