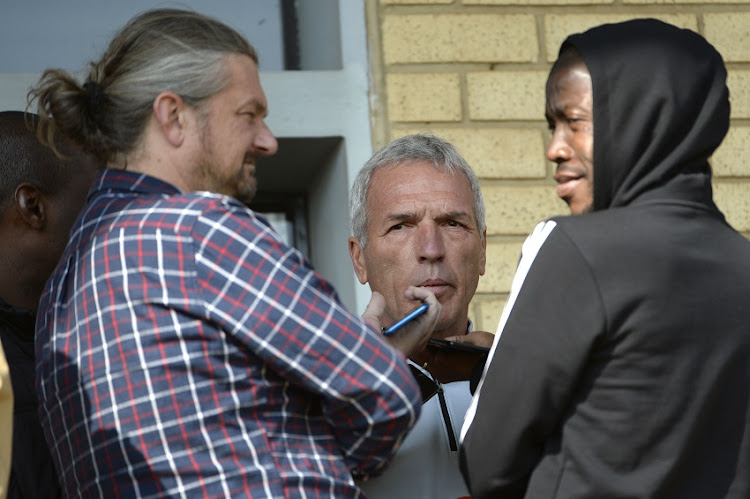 Kaizer Chiefs coach Ernst Middendorp has said he will not get carried away by his team putting four goals past Mamelodi Sundowns in a friendly on Saturday‚ but has also admitted that with each victory this season his team’s confidence grows.

Little can be read into results or scorelines in friendlies. Chiefs’ 4-2 Shell Helix Ultra Cup win against Sundowns – where the former Downs pairing of Leonardo Castro‚ with a hat trick‚ and Khama Billiat with the fourth‚ scored all Amakhosi's goals by the break – came against a decidedly second-string Brazilians.

Afterwards Middendorp said‚ while the result at FNB Stadium was another encouraging one for a mixed-strength Chiefs – who currently lead the Absa Premiership – he would certainly not be getting carried away by it.

“We have a lot to chat about. In certain moments of the game‚ whether you talk about the attacking or the transitions‚ we can do better. Better than we have seen in the second half‚” Middendorp said afterwards.

“I’m not getting carried away. That’s our job as coaches [to remain grounded].”

However‚ Middendorp has admitted that with each positive result for a squad who managed only ninth place in the PSL last season‚ but who have been beaten into a seemingly more competitive shape so far this campaign‚ Chiefs have grown in confidence.

“Results are always good for building a mood of confidence‚” he had said ahead of the Helix‚ at the same time admitting his side are yet to put in a complete 90-minute performance‚ and have plenty of room for improvement.

“If you go to all the games‚ [Chiefs have] played sometimes the first or second half [well]. We have seen it in Venda‚ in Port Elizabeth‚ in other stadiums.

“It’s normal. It’s the beginning of the season. And when everything comes to the final third of the season‚ probably it will be a bit different.

“But at the moment I think for producing the confidence‚ for producing individually the feeling that you can do it‚ it’s always good to have the results.”

Chiefs followed Saturday's win against Downs with a second friendly in two days‚ losing 2-0 against Bloemfontein Celtic with an entirely changed starting XI at Free State Stadium on Sunday.

Amakhosi top the PSL with six wins‚ a draw and a defeat from eight matches.

Chiefs turn their attention to their first cup of the season‚ having missed out on qualification for the MTN8‚ when they meet Cape Town City at Cape Town Stadium in the Telkom Knockout last-16 on Saturday.