Sundowns' Pitso Mosimane: 'I’m even afraid that this thing is going to lose the spark' 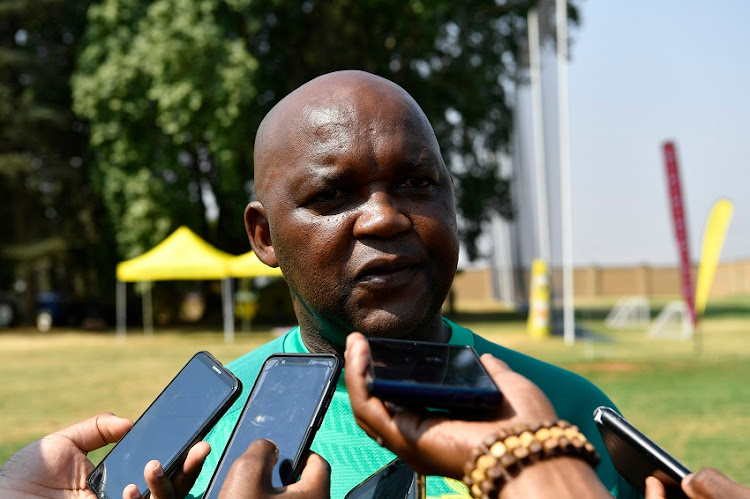 Mamelodi Sundowns coach Pitso Mosimane has said that his team and Wydad Casablanca – drawn together in the Caf Champions League yet again – have become “friends and a family”.

Sundowns and Wydad have established a healthy recent rivalry‚ though one repeatedly shaded by narrow margins by the Moroccan giants‚ being pitted against each other at various stages of each of the last three editions of Africa’s premier club competition.

Mosimane insisted that‚ with Downs having been seeded in the second-tier pot‚ any draw would have seen his team paired with one of the continent’s giants.

“I can’t complain about the Wydad draw‚” he said.

“It’s either you play Wydad‚ Al Ahly‚ Esperance [de Tunis] or TP Mazembe. So whichever one you get is part of it. If you want to win the tournament‚ you must get those guys.”

Sundowns lost on penalties to Wydad in the 2017 quarterfinals. Downs were eliminated in the 2018 group stage largely due to being held to a 1-1 draw at home by Wydad.

In the 2018-19 ACL Sundowns finished second to the Moroccans in the group phase (winning 2-1 at home and losing 1-0 away)‚ but were eliminated again by Wydad in the semifinals‚ 2-1 on aggregate.

Fans of both teams embraced each other like long-lost friends on social media after their sides were drawn together again last week.

The relationship has not always been friendly‚ though‚ Mosimane slamming Wydad as “bullies” in January after his team’s group victory in Atteridgeville after several instances of apparent gamesmanship and poor sportsmanship by the North Africans.

“We fought too much‚ but competitively. And we became friends and we became a family‚” Mosimane said.

“I’m even afraid that this thing is going to lose the spark. Because now we are hugging each other and all those things‚ you know – when we are supposed to be fighting.

Sundowns open their Group C campaign against Petro at home in late November.