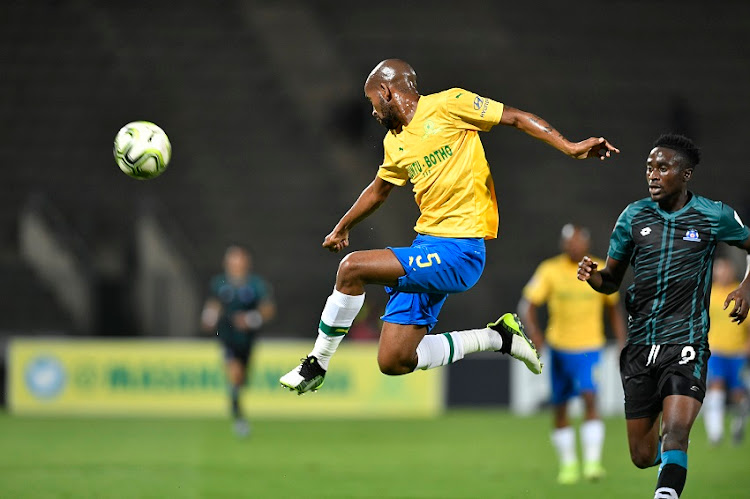 Lebusa will fight for a place with Buhle Mkhwana of Bidvest Wits to partner captain Thulani Hlatshwayo in coach Molefi Ntseki’s first game in charge of the senior national team.

“He is left-footed and he will give proper balance‚” Mosimane said of his Downs centreback.

This season‚ Lebusa has played six Absa Premiership matches with a return of one goal and he helped Sundowns to the semifinals of the MTN8 with three games and also one goal.

“I said it that Lebusa is as good as Buhle [Mkhwanazi]. He can score goals and it is good for him to be given the opportunity to compete. He passes well‚ he does less mistakes and he is a fighter‚” Mosimane said.

Downs’ coach added that he was happy that Lebusa has been given an opportunity to compete for a place by Ntseki because the defender deserves to be in the national team.

“I am happy that he has been picked and he must show that he deserves to be there. I think he can challenge Buhle‚ who is a good football player‚” he said.

“I am not trying to say that Buhle must not be there but it is about time that Mosa get a chance. The guy has won the league‚ he is doing well in Champions League‚ so why not pick him for Bafana Bafana?”