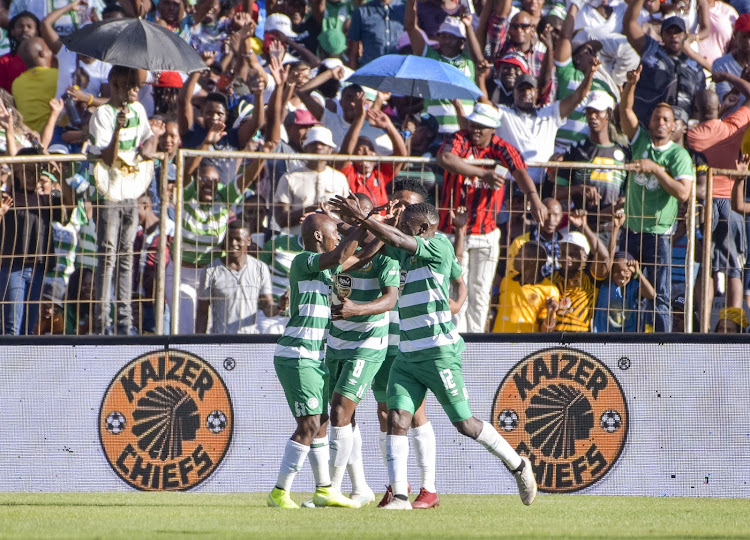 Kaizer Chiefs failed to defend the Macufe Cup after going down 2-0 to an enthusiastic Bloemfontein Celtic at a packed Free State Stadium on Sunday afternoon.

Chiefs were bidding to win a second trophy in less than 24 hours after beating Mamelodi Sundowns 4-2 in the Shell Helix Ultra Cup at FNB Stadium on Saturday.

But Celtic had other ideas and stopped coach Ernst Middendorp's charges in their tracks.

In a game played in a carnival atmosphere‚ the two side were eager to ask questions of each other's rearguards from early on but it was the hosts Celtics who put their name on the scoreboard first following a smart header into goal in the 41th minute from midfielder Thato Lingwati.

Goalkeeper Bruce Bvuma produced a magnificent save in the first half‚ keeping the ball out of the net from a free-kick taken from long range that looked to be flying into the top corner.

The visitors continue to knock on their hosts' door and tried get the equaliser‚ but Celtic held firm.

Celtic made forays of their own and Ndumiso Mabena continued to make a nuisance of himself‚ probing the Chiefs rearguard as he looked to extend the home side's lead.

And while many of these chances were spurned‚ Celtics remained solid at the back and frustrated Chiefs as the half progressed.

Chiefs tried to claw their way back into the match but with Celtic spurred on by the festival crowd‚ the home side were able to withstand the onslaught and it was no surprise when second half substitute Tumiso Mogakwe put the issue beyond doubt late in the game.

The two sides went into the game determined to put on a show for the thousands of the Macufe Cultural Festival revellers who came out in numbers to support the match as they have always done over the years.

Middendorp made several changes to his usual starting line-up and not to be outdone‚ Celtic counterpart Lehlohonolo Seema also gave an opportunity to his fringe players.