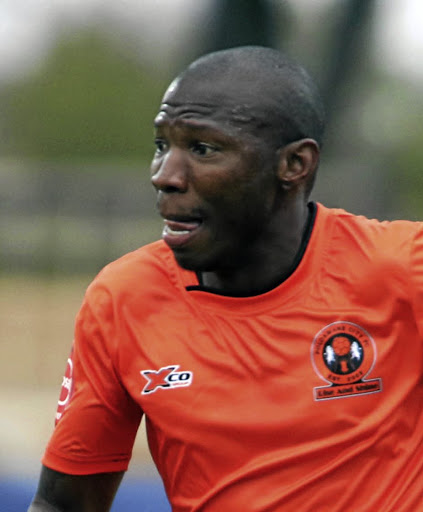 Having crashed out of the MTN8 in the quarterfinals at the hands of Highlands Park a few weeks ago and lost their last two league matches, pressure is certainly mouthing on Polokwane City coach Zlatko Krmpotic.

However, Polokwane City skipper Jabu Maluleke has emphasised that Krmpotic still have their full backing as players. Rise and Shine lost their last two league outings with the same scoreline of 2-0 to Highlands and league's newbies Stellenbosch.

"The coach has our full support and we believe in his philosophy. We're working very hard behind the scenes to get things right. I am optimistic that we'll do well in our next games," Maluleke told Sowetan on the sidelines of the Telkom Knockout draw last week.

"There's no need to press the panic button and talk about firing the coach and things like that. The last two games we lost were not the coach's mistake, I feel like we [as players] let him down by not giving our best in those games. The [current] Fifa break is giving us a valuable time to rectify all our mistakes."

In the first round of the TKO, Polokwane will travel to Durban to trade blows with an unpredictable Golden Arrows side at Sugar Ray Xulu Stadium on Saturday (3pm).

"I actually hope that we'll use the Telkom Knockout as a tool of redemption. If we can manage a win at Arrows, that can see us turn the corner, I believe," said the skipper.

"Arrows are a tough team, but we are capable of beating any team in this league. So I foresee an entertaining affair.

"We want to put our MTN8 disappointment behind us by going all out in the TKO, I don't see why we can't dream about winning it."

Clinching the MTN8 didn't sate SuperSport United's hunger for success, according to defender Clayton Daniels.
Sport
2 years ago
Next Article