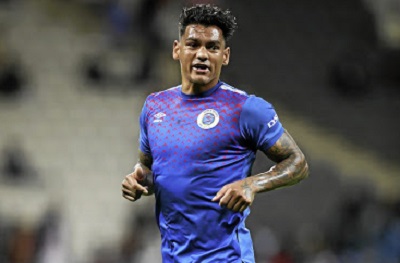 SuperSport won the Wafa Wafa title by outshining Highlands Park 1-0 last week. Fresh from their MTN8 triumph, the Tshwane-based outfit have set their sight on further demonstrating their cup pedigree by winning the Telkom Knockout, where they host defending champions Baroka next week.

"Winning the MTN8 doesn't mean we are done for the year . we are still hungry. After winning, we had our moments of celebrations and then the next day we went back to training and running like it's no body's business," said Daniels.

"I think facing the [defending] champions [Baroka], there's no any pressure for us. I think what's vital is the home advantage, we always beat them at Lucas Masterpieces Moripe Stadium. I see no reason why we cannot win each and every available cup.''

Daniels underlined why it was important for Matsatsantsa to win this year's top-eight trophy, having lost it on penalties the previous year.

"His [Tembo's] attitude has rubbed off on the players. Last season, we lost in the final of the MTN8 and that was his first cup final as a coach, and we knew we disappointed him, so it was important to make him proud this year,'' said Daniels. "He's been with us for almost seven years as assistant and he knows the bulk of the players."

Teammates hail Gabuza for bravery in the midst of personal tragedy

SuperSport United skipper Dean Furman and striker Bradley Grobler were as stunned as everyone when their team mate Thamsanqa Gabuza told them about ...
Sport
1 year ago

Kaitano Tembo not only dedicated winning the MTN8 trophy to his grief-stricken striker Thamsanqa Gabuza‚ but to all the coaches he’s worked with and ...
Sport
1 year ago

Cup pedigree helped SuperSport United bag their third top eight silverware when they beat debutants Highlands Park with a lone first half header by ...
Sport
1 year ago
Next Article